BIG PHARMA IS HOLDING OUT ON US

BIG PHARMA IS HOLDING OUT ON US 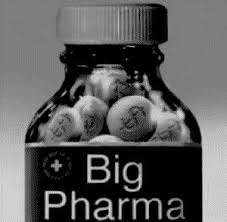 When it comes to all the Big Pharmacy Companies, there is a lot to complain about.  I am sure you can also include little pharmacy companies in these complaints.


Drugs cost almost nothing to manufacture, but the companies charge us a fortune for them.


Some alternate medical treatment is disregarded if it cuts in on sales of successful (profitable) drugs.


Companies do not develop drugs for little known unprofitable diseases.


Big Pharmacy companies lie about the benefits and the side effects of their drugs.


Some of these complaints may not be true.  Some are true but there may be mitigating circumstances such as exorbitant costs to develop and test their drugs.


I have one complaint that receives very little attention, but is typical of Drug Company’s disdain for society and the well being of the world’s citizens.


All the drug companies, every one, have a drug that cures or protects at least 8-10% of everyone who uses it.  Think of it, one drug, taken once a day that has absolutely no side effects and will protect at least 8% of the world from every disease or condition known to man and will cure 8% of everyone suffering from any disease known to man.


This drug will cure baldness 8-10% of the time.  It is not released as it will cut into the sales for Rogaine.


This drug is proven to cure sexual dysfunction problems in 8-10% of people treated with it.  It will not be released as it will cut into the profitable sales of Viagra.


Will this drug cure cancer?  In 8-10% of people treated with it…YES!  But it is not profitable, so it will not be released.


In every drug ever tested, this formula is successful in at least 8-10% of the group it is given to.


There is no excuse for this drug to not be offered on the market.  The heck with profits, the good of the many is at stake.  Just imagine the reduction in healthcare costs if 8-10% of all diseases or medical conditions can be cured or avoided.


I for one have had enough of this injustice.  I demand the immediate over-the-counter release of this drug not today, but YESTERDAY!


Release the miracle drug…Placebo!
Posted by joeh at 8:45 AM