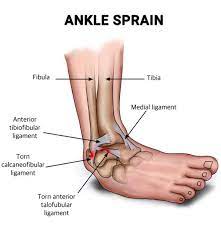 This last week we were visiting my sister-in-law and her kids at a lovely house only a few yards off of Boothbay Harbor in Maine.

While I was on the porch watching boats, ducks and eagles do their thing on the bay I heard a loud crash followed by several panicky  “Are you ok’s?” from inside.

Mrs. Cranky had been moving a chair from one room to another and she slipped on the small stepdown between rooms.  She was afraid to move, was experiencing nausea, and was on the verge of fainting.

It was a pretty hard fall.

When we could finally get her up and seated, and the nausea and near fainting passed,  her ankle blew up like a tick in two places and was changing colors like a neon sign.

It was not good.

There was no way that she could walk on this swollen miscolored ankle.

I called the closest urgent medical care center.  Their protocol, since they had no ex-ray machine, was to not even see her if she could not put weight on her ankle.

They said to call the emergency room.

I called the emergency room and they said to go to the urgent medical care center.  Told that we did that, they informed me they could not even suggest she come to the ER over the phone without a referral.

“Well, hypothetically if someone was carried in with a swollen discolored ankle, would you look at it?”

“I am not allowed to say, but hypothetically…probably.”

This was not an encouraging conversation, and as the pain was apparently a notch below excruciating, it was decided we could wait until the next day.

The ankle was iced and I purchased a pair of crutches and an ankle wrap at the local Walgreen’s.

Interestingly the sales person at Walgreen’s thought that the crutches might be on sale, so it took a bit of research while I was chomping at the bit to just get back to the injured Mrs. C.

“I’m kind of in a hurry, I don’t mind paying full price.”

“It will only take a minute sir, I don’t want you to miss out on a sale.”

Why any store would offer a sale on crutches is beyond me, but this was Maine, and you do not rush Mainiacs.

The crutches were not on sale.

Anyway, back at the house, the ankle was even more swollen and discolored, and Mrs. C had to use the facilities.

We wrapped her iced ankle and she was off on the crutches to take care of business.  She damn near fell on her butt once again.

“Don’t you know how to use crutches?”

“You never messed with the crutches of some friend who needed them as a kid.”

Mrs. C would move her good foot up to the level of the crutches and stop leaving her with no forward point of balance.

“Move the good foot forward past the crutches and then swing the crutches ahead always leaving  a three point stance, like a stool.”

For the rest of the day it was hop-teeter-hop to any destination with me behind to stop her from falling.  She did get better at it, but not much.

The next day the swelling was down a bit and there was no pain if the ankle was kept immobile.  We iced it all day and I was an on-call errand boy.

By dinner she could actually limp around without the crutches, which was a relief because her trying to move on the crutches was potentially as dangerous as trying to navigate that between-rooms step the day before.

We were back in New Jersey on the third day after the fall.

Mrs. C insisted on driving, (she claims I drive too slow) and she did not have any issues with the ankle.  The following day, our NJ urgent center does have an ex-ray machine, and we it was confirmed that nothing was broken.

Still limping, Mrs. C should be fine in a few days.

Good thing, because she is not a good patient, and I am an even worse errand boy.

I Would Never Buy That

I Would Never Buy That 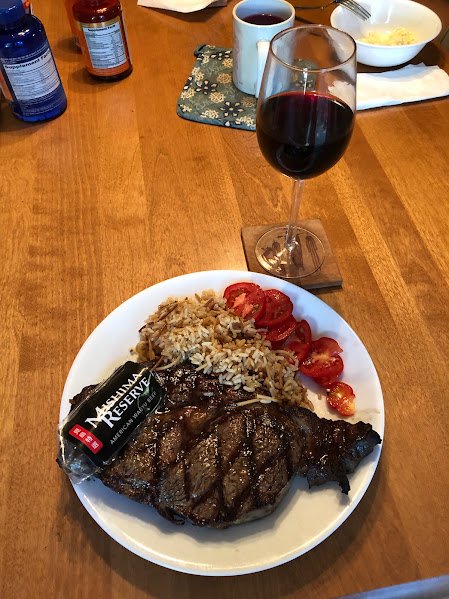 What is the perfect gift for someone?

Years ago, I remember my father telling me about the steaks in Japan.  I mean this would be back in the fifties.  My Dad often went to Japan on business trips and he raved about the Japanese steaks.

He told me, “They are fed the finest meal every day along with buckets of beer to increase the fat, then they are massaged daily to break down the muscle tissue to be extra tender.”

I don’t know if that is the regimen for Japanese beef, but that was the story as told by my dad.  End story is, I was told the beef in Japan is the finest anywhere in the world.

Apparently, this Japanese fed beef makes the very best steak.  Full of flavorful fat and tender as can be.  It is also stupid expensive.  Not take- a-loan-from-the-bank stupid expensive, but more than an average cranky old man would spend on himself.

For Father’s Day my son from California sent me a Wagyu Steak.  It came in a large Styrofoam package and was kept frozen by dry ice.  A package larger than a bowling ball to deliver about 14 ounces of steak…Wagyu Steak…from Japan…the kind my father raved about 60+ years ago.

Not sure what it cost.  Within my means I suppose, but beyond my frugal sense of value.  A gift I would never buy for myself, but one that I would damn sure appreciate.

I left the Wagyu in the freezer as we left for a three week stay at the Jersey Shore.  I was waiting for the perfect time to enjoy this treat.

Last night I let it thaw and tonight after a lovely round of golf I grilled the Wagyu.  Oh, I did some internet research to determine the best grilling method.  There was some pressure to not screw up this piece of meaty gold.

Lightly oiled and salted, three minutes a side at 500-degree heat on the grill, and it was done to perfection.

I plated the Wagyu with some home-grown tomato slices, some Cranky style Rice-a-Roni and a glass or two of a nice Merlot.

It was as good as advertised.

I am now recovering from a meat coma.

Yes, I did share a small amount with Mrs. C.

I am not an animal! 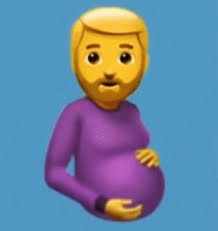 *If you are offended by a politicly incorrect thought or idea, please do not read this post.

A few years ago, there was a RAP song, “I’ve Got 99 Problems, But a Bitch Ain’t One.”  It was a catchy tune as I recall, and for some reason, perhaps it was an “un-woke” time, people did not have an issue with the misogynist use of the “B” word.

Do I have to say the “B” word? Afterall it is Bitch in the title, so why need to refer to the actual titular word, Bitch, as “The “B” word? Nevermind, don’t ask, just do.

Maybe we could just change the title to “I’ve Got 99 Problems, But Woke Ain’t One.”

I mean, we have inflation higher than I can remember.  (Well, it was even worse at some point in my life, I just can’t remember.)

There is a recession looming, drugs are pouring into the country and hundreds of people are poisoned and killed from them every day.

Our borders are open to who knows who, Covid is still not under control.

Russia is destroying a country and murdering its citizens and I don’t think anyone really understands why.

Crime is rampant and it is not just in cities, it is coming to a place near you.  Pull up to a stop sign and someone just taps on your window with a gun and takes your car.  Happened near me in the middle of the day on a nice rural street.

Racism is more prominent than any time I can remember (once again, it was even worse at some point in my life, I just can’t remember).

We have Government leaders who don’t seem to understand leadership, which just leaves us with government.  Government kind of works best with some leadership.

I could go on and on… (actually I have run out of stuff, but with a little help I could probable get to the 99 problems.)

If we lose he, him and his, she, her and hers, and replace those with they, them and theirs, did we fix any problem?

In light of 99 problems, is it really important that we replace “Mother” with “Birthing Person”?

Do we change  "Father" to "Sperm injecting Person?

I was recently chastised for referring to Meryl Streep as a great actress.  Apparently, they is now an actor.

Having been so enlightened, I now feel much better.

Does changing a pronoun help a person with a penis that prefers to have a vigina feel any better?

Is it important to bend over backwards and change our language so as to not offend maybe 3 percent of the country? And, if we do, does that really improve their life?

How many people can identify what those symbols stand for?  I’ll spot you LGB and maybe T, but I bet most non LGBTQIA+ persons have to Google the QIA and +.

BTW, the Q stands for Queer which used to be the “Q” word.

Could we just use NTGP for non-traditional gender persons?

I can and I will.

Now we have 98 problems, and woke ain’t one.

*The Cranky Old Man is in favor of legislation that keeps guns out of the wrong persons hands, is against Capitol Punishment, hates racism, has no objection to gay marriage, believes that abortion with limits has a place in our legal system; yet is considered by many to be a despicable conservative, possibly even a Republican abomination, due to occasionally daring to say the unsayable.