I live in a traditionally low crime suburb of New York City.  We have always had the occasional shop-lifter, drunk drivers, and people who are not polite.  None of these societal misfit actions ever scared me.  Not a fan, but never scared me.

A few weeks ago, a few miles from my home, a lady in a BMW stopped at traffic light in the middle of the afternoon when a car pulled up next to her, a person jumped out, tapped on her window with a pistol, pulled her out of her car, hopped in, and both cars drove away.

In the big cities, they don’t just shoplift, groups just walk in, tell the store keepers to fuck off and calmly load up bags of goods, then walk away.  If these crimes are in the city they will soon reach my nice safe enclave.

Around the country there are stories of people randomly being accosted and beaten.  Sometimes for money and or electronics, sometimes seemingly just for sport.

Recently Elon Musk bought out media giant Twitter.  He is planning on making Twitter a free speech platform.  Twitter will not be actively monitoring all opinions.  If someone wants to claim the Earth in is not round, they now can print such “disinformation.”

Many people are very upset over this.

Somehow, That does not scare me.

“The Election was stolen!”

Interesting, let me think about that, let me do some research…probably not, but the opinion does not scare me.

“Covid is a fake, made up by the Government to control the little people!”

Interesting, let think about that…no! That is ridiculous.

When information, beliefs or opinions are suppressed by someone else, (Government?) then freedom to think is also suppressed.

Loss of Freedom of speech, freedom of the press, freedom to think…

That does scare me.

That would scare me if you were not first allowed to think about it. 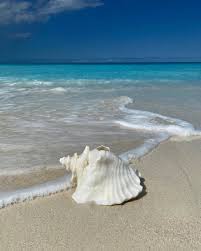 I am a shell collector.  Well, not really a collector, more like an appreciator.  When I was but a wee lad, my Grandfather occasionally would bring me a shell from Florida.  I saved them so I guess that makes me a collector.

Last year we spent a week on Sanibel Island Florida, a beautiful beach area known for its shelling*.  Mrs. C and I gathered several different varieties and took them home, so yes, I am a collector of a sort.

On the beaches of New Jersey, nice as they are you will seldom find more than a clam or scallop shell and only a few are unbroken.

Last week we stayed on a Caribbean Island.  On a shelf in the room we stayed in were several very nice pure white conch shells.  I wondered how these shells survived sticky handed tourists who were shell collectors.  I left them on the shelf, I do not have sticky hands.

After we unpacked we walked down to the beach.  As I reached the water there was before me a fully intact and rather large pure white conch shell.  I was shocked that such a shell could wash on shore and not be grabbed by one of the resorts many visitors.  People just walked by this lovely shell.

As I scanned up and down the beach I was amazed to see many such shells.

Many years ago I graduated with a degree in economics.  This required learning graphs and micro/macro stuff, some complicated and confusing, but basically the only economic law you really need is the law of supply and demand.

A white conch shell washed up on the New Jersey Shore would never last very long.  It would be happily snatched by the first person to see it.  Not that everyone on the Jersey Shore is a collector, just that a shell like that would be incredibly rare.

Demand not that high, but supply virtually non-existent, a Caribbean conch shell would not last long on a Jersey beach.

On that Caribbean Island the supply was large.  Clearly large enough to more than satisfy the demand of the few collectors visiting the island.  Thus some shells remained on the beach.

Currently the world is dealing with inflation.

Some politicians want to blame inflation on corporate greed.  That is a nice easy answer which is sure to gain votes from the electorate while it does nothing to tame inflation.

Years ago a button “WIN” for “Whip Inflation Now” was used which also did nothing to tame inflation.

Inflation is simple.  Not enough stuff for people who want stuff.

The solution, not so simple, but it will never be found by deflecting on others, or empty words.  Eventually higher prices reduces demand, and greedy corporations find a way to increase supply and make even more money.

Instead of pointing fingers, government needs to adopt policies that will speed up the natural process.

Anyway, we took home one of the shells, and left a bunch for others.

*Sanibel was severely damaged from Hurricane Ian, hopefully it will recover.