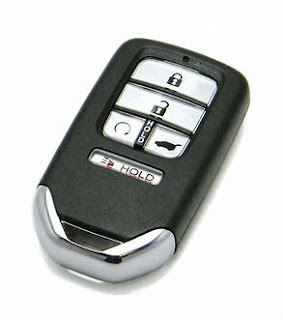 My 2018 Honda HR-V has a keyless start system.  As long as your key fob is with you, all you need to do is press the start button.  To enter the car, the door will unlock when you pull the handle, also as long as the key fob is with you. It is a very nice system.

What happens when the battery on the key fob runs out?

Today I tried to open the door, but it remained locked.  Pushing the unlock button did work, and the car did start, but I suspected the battery was running low.  I tested with the spare key fob, and everything was dead on that fob.

I googled and found the key fob battery generally only will last 2-3 years.

My battery was way overdue.

Not wanting to get stuck unable to enter or start my car due to a dead key fob battery, I ran to the internet again.

It turns out the battery I need is the same as the one in my bathroom scale, so I figured I would just swap out batteries until I could buy a new one.

I consulted the internet on how to change the battery.  It seemed simple enough, pop open the key fob, pop out the battery, replace it and close-up the key fob.

Mrs. C was at work, so I decided to try the battery switch on the spare fob so if I case I screwed something up, she would not need to know.

Mrs. C thinks I am incapable of simple fixes.

She may be right.

I popped open the fob and popped out the battery.  When I did this, all the fob innards, buttons and such also popped out.  This was not good. I had no idea how to put all the pieces back together again. 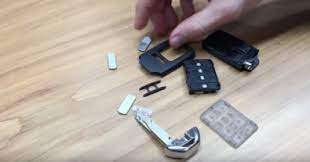 Back to Mr. Google.

I found a tutorial on how to put a Honda key fob back together.

“Often people when changing the battery will not hold the fob together with their thumb…here…like so.  If they don’t do that, pieces will all fall out and you will have a mess!”

Why did the first tutorial on battery changing not specify that little piece of information?

With the help of this tutorial, and with much fumbling and cursing, I was able to put the backup fob back together with the bathroom scale battery, and everything worked as it should.

Now I need to purchase another battery for the main key fob.  I’ll know how to change it, but Mrs. C will not trust me to not screw it up.

Should I admit that I already screwed up on the backup key fob and was finally able to put it back together so I now know how to do it correctly, or should I just take it to the dealer and pay someone to do it for me?

It might seem like a waste of money to take it to the dealer, but I think I would prefer to not admit to screwing it up on my first attempt.

I may be incompetent, but I am not stupid!

An Evening With The Cranky’s

An Evening With The Cranky’s So, I’m sitting in bed with Mrs. C watching the Paul Simon special.  A group is announced to do one of his songs and Mrs. C says,

“Where is that Rich dude from the Apprentice?”

Keep in mind that I have known maybe three of the many performers on this special and those, I knew the name but did not recognize as they are now so old.  I even had to ask who the blind dude was…Stevie Wonder for crispy sake…anyway…

“What are you talking about, most of the celebrities were rich.”

“Not a rich dude, a dude named Rich, the one with the big black hat.  He was a real ass.”

“What?  The guy with the big black hat was a good guy.”

“Not the one with the deep voice, he is a good guy, the other one, you know, the real ass, Rich something.”

“OK, I have no idea and what does that have to do with this act?”

“I guess he isn’t anymore.”

“What should I Google?”

“What is the group?”

“I think it’s Rich and Something.”

“Google the Rich guy on The Apprentice.”

“OK, I get a list of the wealthiest contestants on the show.”

Of course, every country singer in the world wears a big black hat, but how many have the first name Rich?”

More than a few.

“There is a Don, a Charlie, a Tyler, a John, none first name Rich.”

“Who was the good dude with the black hat?”

“The one with the really great deep voice?”

“Something Tracy I think.”

Twenty minutes of my life I’ll never get back, but that is:

An Evening With The Cranky’s.

People are Ass-hats…Regulations are Stupid

People are Ass-hats…Regulations are Stupid 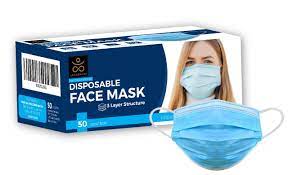 Just as I have about given up this blog thing, something arises that I must rant about.  Yes, I could rant to Mrs. C, but she just ignores me. It’s like talking to a wall, or Joe Biden giving a speech*.

I seldom go to the grocery store, but when I do it almost always inspires a rant.  Today was no different.  Actually, today’s trip inspired two rants.

Most times when I go to the grocery store, I am only going to pick up three or four items.  I don’t need a cart, one of those carry around plastic baskets will do just fine.  Except you no longer can find one of those plastic carry around baskets.

It seems that New Jersey recently passed a law against stores packing groceries, or anything for that matter, in plastic bags.  I have no problem with this law. It drives me crazy when I buy a pack of gum only to have it handed back to me in a plastic bag;  a waste of money and environmentally dumb.

Anyway, as a result of this new law, people need to bring their own bags to the grocery store, which they forget, so instead they just take their goods home in one of the store’s plastic carry around baskets. It took about a week before the stores ran out of the baskets.

The stores find little reason to buy new ones only to be taken by these ass-hats.  Hence, I have to push a cart around for my three items.

Rant worthy? Probably not, but after all, I am a cranky old man.

The second, also not rant worthy, but then…well, you know:

On the way out of the store I was offered a pack of free face masks.

Free, I tell you! Nice ones too.  Why were they offered for free?

Apparently, they were passed their expired date.

How do face masks expire?  How long is their expiration period?  Does some one get paid to determine how long a face mask can stay on the shelf until it is no longer safe to use?  What can go wrong if I use an expired face mask?  If I catch the flu while wearing an expired face mask, can I sue the store?

There is probably an explanation as to why a face mask must have an expiration date, to which I say with out even hearing said explanation,

Still, I now have a free pack of expired face masks.  I mostly use them to protect my face from the wind during our cold winters. I suspect the expiration date does not keep the masks from keeping out the cold, so I’m good.

That’s it, end of rants.  Mrs. C thanks you for listening so she does not have to.

*Attempt at political humor…I think that is still legal.