Through high school and college, my son’s best friend was, I’ll call him Ray.  My son, I’ll call him Matt, spent half of his spare time at Ray’s.  Ray’s mom and dad were Matt's “backup” parents.  I think every kid has a set of “backup parents” during those school years.  I visited Ray’s once and his family had a whole wall dedicated to family pictures.  My son was the only “Non-family” member on the wall.  I think Ray’s folks semi-adopted Matt.


Anyway.
Ray and Matt were a team act with the ladies.  Matt would break the ice, and Ray played the safe-to-talk-to-bumpkin with the “don’t worry, I’m naive and safe” smile.  In a way he was a bit of a bumpkin but I’m not so sure about the safe thing.
When Matt moved out of the house, Ray sometimes came to our house to dog-sit for Minnie, our black lab.  I think we paid him for this, but it was probably not very much.
One weekend we (my ex and I) took a skiing trip and Ray stayed over to dog sit.
We had just come back from a trip to California wine country.  We had brought back two bottles of Silver Oak Cabernet.  At the time we fancied ourselves as wine connoisseurs.  In actuality we were just wine assholes.  The Silver Oak was a very fine wine from one of the best Napa years for wine.  The wine bottles cost $120 apiece and we were only going to use them for special occasions. Mostly they were to stay in the wine rack to impress other wine assholes. 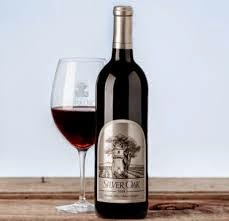 It came to pass on this ski weekend that Ray decided to entertain a young lady at our house while taking care of Minnie.  He did not tell us he entertained; we figured it out when we came home and spotted the wine rack.
One of the bottles of Silver Oak was opened and half gone.
“Ray…what the fuck!  You drank the Silver Oak?”
“Er…ah…I had a friend over, you know to watch the dog.  She was thirsty so I figured you wouldn’t mind if I gave her some wine. I can replace it, I work part time at the liquor store.”
“You can’t “replace” it; Silver Oak is a premium wine, it is a limited supply of their best year for the grape.  We were lucky to score it.  It cost $120 a bottle.  There was a bottle of $12 wine right next to it, you couldn’t open that one? I hope you at least scored with our score.”
“Naw, not yet; she didn’t even like it. She wanted it because the label was pretty, but she didn’t like the wine.  If I can’t replace it, I’ll pay you back.”
Now, Ray has this Paul Newmanesque smile that makes it damn near impossible to be angry with him.  He flashed it with his offer to repay us with what amounted to at least two week’s pay from his part time job at the liquor store.
“You know what Ray, don’t worry about it.  I intend to get my $120 worth out of you by busting your balls about this for years to come.”
Consider the debt paid.
Posted by joeh at 7:02 AM