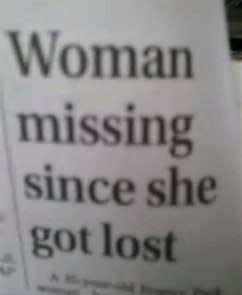 That narrows down the time line

Miss Russia contestant mocked on Instagram over size of her feet – I suspect those mocking her are flat hand clappers. 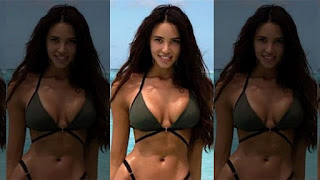 ﻿Not that there is anything wrong with that!

Sign language interpreter delivered gibberish, confusion at Tampa serial killer news conference – This is not funny, and yet I laughed…I am a bad person.  It made me think of the SNL routine where Garrett Morris would yell the headlines for the hard of hearing.

Michigan candidate suggests ending harassment by voting for someone 'who doesn't have a penis' – If that requires photo confirmation, I’m against it!

Guy takes date for romantic dinner, steals her credit card and laptop – Other than that, he was a complete gentleman.

Washington man tells police Trump told him to fight 'lizard people' – That Trump; now he is an Anti-lizardite.

Outrage as Philly pushes through ban on bulletproof glass in crime-plagued neighborhood shops – I think it is the only fair thing, thieves are at a disadvantage in a stick-up if they can’t shoot the clerks.

New Jersey ice cream shop accused of sexism over cow derriere logo – The shops name is “Dairy Aire” the logo is a cartoon cow with a naked ass.  The complaint was the logo is too sexy.  IT IS A CARTOON, IT IS A COW.  The store is “Dairy Aire” it is a joke.  Have these people every seen Betty Boop?  Now THAT is sexy!

McDonald's employee wearing antlers reportedly suspended for head-butting customer over nuggets – You order from the dollar menu, and you get a buck.

And The FEEL-GOOD Story of the week:

Carjacker pulled his gun on three brothers, cops say. But it wasn’t his gun for long. – I don’t advocate violence, but a dickwad getting a well-deserved ass whipping does make me feel good…is that wrong? 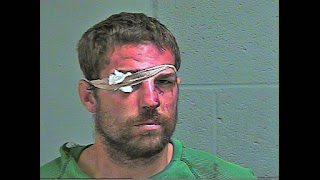