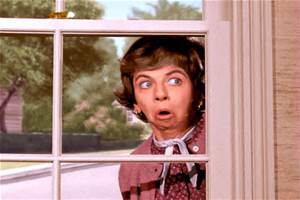 A long-winded cranky opinion for
CRANKY OPINION SATURDAY
The following is the opinion of a cranky old man with little expertise on the subject opined.  Opposing opinions are welcome but will be ignored.  Mean spirited opinions will be deleted.  As always, please, no name calling…and that means you, you big stupid head!
A lady in New Jersey was recently exonerated from a charge of child abuse after fighting it in the courts for six years.  This lady had an 18 month old child asleep in a car seat when she ran into a convenience store to make a quick purchase.  She left the car running which was pretty stupid whether she had a child asleep in a car seat or not, but this was in a low (practically non-existent) crime area.  When she came out, a police car was waiting and she was charged with child abuse.
Before you comment, I know car theft happens and leaving a child in a running car is careless.  On a hot day, children can become dehydrated and die if left in an unventilated car.  There are many, many, instances where leaving a child unattended in a car is so careless that it could indeed be considered child abuse.  However there are also many, many instances where it is perfectly safe and reasonable.
If you ever had a child who would not go to sleep, who cried uncontrollably for several hours and then fell asleep in a car seat when you left the house for a bottle of milk, you understand leaving the child in the car while you run into a Quick Check for a two minute purchase.
Apparently until recently, in New Jersey this meant you were automatically guilty of child abuse.  No questions asked.  No excuses.  You perhaps would have your child taken away to be raised in a foster home…like there is never serious abuse in a foster home, or like being pulled from his mother does not seriously affect any child negatively.
Fortunately the New Jersey Supreme Court has amended the law to be interpreted as leaving a child unattended MIGHT, in certain circumstances, be considered child abuse.
See, my issue with any of these across-the-board law interpretations is the many self serving, self appointed, holier…better than thou, busy bodies out there who just go looking for shit to complain about.  The local Mrs. Kravitz (TV’s “Bewitched”) of which every neighborhood has at least one, just waiting to dial 911 for any perceived indiscretion.
There is one in our townhouse community.  I don’t know who she is, but I know her from her signs.  She leaves laminated signs at the post drop telling all the residents how to behave.
“REMINDER…There is no alcohol allowed in the pool area.”
I have been going to this pool several days a week in the summer for five years now and have never…EVER…seen anyone with as much as a can of beer.  Why the sign, and why the seven (yes I counted them) signs declaring the same thing within the pool area?
“RERMINDER…When you collect your mail, please do not sort through it while in your car.  There are people behind you waiting to get their mail.”
REALLY?  Well then the people behind me should haul their fat ass out of the car and walk the five yards up to the mail boxes and stop worrying about how other people choose to check their mail. BITCH!
Today there was a new sign:
“REMINDER… (With a picture of a dumped garbage can) Please leave your garbage out on pick up day properly covered!”
Well, thank you so much for your concern.  In five years I have never seen a garbage can tipped over and spilling out garbage, but we do have raccoons, foxes, and other creatures…maybe even your dog, that are occasionally very good at garbage can tipping, so yeah, it is possible.
My neighbor in a previous home had two small children and she appointed herself as the traffic control officer because she was afraid for her children.  She even clocked cars with a radar gun and reported speeders to the local police.  The police had to tell her to stop. I drove by her house today, and she still has signs out telling cars to slow down because her children are at play…Her children are in high school! Teach them how to cross a street for Christmas sake!
Where was I?
Oh yeah, don’t leave a child unattended in your car, but laws should have an element of common sense and not be cut and dry. Unless, of course, you want to live your life with ex-high school hall monitors like Mrs. Kravitz peeping at you from their holier than thou windows ready to report you for littering, getting your morning newspaper in your bathrobe, spitting on the sidewalk, or leaving your child asleep in the car seat while you bring in the groceries.
The preceding way too long-winded opinion was from a cranky old man and not necessarily that of management…Mrs. Cranky.
Posted by joeh at 8:09 AM