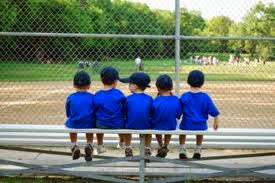 When I was eight years old, my family moved from southern California to Long Island, New York.  I was only eight, so I moved with them.

In the first few days at my new school I met several kids who were Jews.  I was very surprised to meet a Jew, because at that time in the southern California town we had left, there were no Jews.  I only knew about Jews because we called people we didn’t like, Jews.  Actually we called them Dirty Jews, or Cheap Jews.  At eight years old those words went together.  I did not learn those words at home; they came from the Protestant middle class suburban streets of southern California in the 1950’s.

Anyway, back to Long Island.

I was very surprised to find out that Jerry Greenberg, Joel Sorkin, Lowell Lipshitz and Johnny Pear were Jews.  They didn’t seem the least bit dirty.  They were very nice.  It turns out that a Jew is just someone who doesn't believe in Jesus. Heck, I had a problem with that whole resurrection thing myself.

Before long, if I dropped a long pass for a touchdown I shouted out “Oy!” I admitted that “I should have caught it, I’m such a klutz.”

I liked it when Mrs. Greenberg called me bubbeleh, and wiped schmutz off my face.

I didn’t kvetch over a glitch in the system, sometimes things were just meshugana.

Don’t be a schmo just followed anyone named Joe.  If you took your time you just schlepped.  There is a fine line between being a schmuck, a schliemiel, a schnook, a nudnik, and a putz, but each had its place in any given situation.

Sometimes one of my friends showed a lot of hutzpa and it would leave me verclempt but I learned to brush it off with a simple “feh.”

Someone that would sneak a nosh was a snur.

When you wanted something from someone you had to schmooze a bit, perhaps just kibitz a little, use your best schtick, and you might get the whole migillah.

Often prejudice is really just innocence, and words are just words.  When you are introduced to new cultures and new people, innocence is replaced by understanding and prejudice goes away.

Well, Jerry was kind of cheap…but his sister had a nice toushie.
Posted by joeh at 8:47 AM