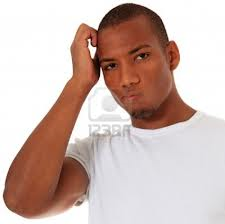 There are many things about men that piss women off.  Men have no clue why because we don’t know how women interpret these things.  Often women interpret what men do or don’t do on how they feel when their girlfriend does or doesn’t do the same thing.


Men do not remember dates.


If a woman’s girlfriend “forgets” a date she knows it means “She is pissed off about something, or she just doesn’t care.”


Men do not forget dates.  Forgetting means the date is important to them.  Forgetting is a passive aggressive event.  Men never place any importance on dates so we can’t forget, what we never knew.   I love my grandchildren and I have not got a clue about their birthdates.  If you think that means I don’t love them then you are a jerk…or you are a woman.


Men don’t put stuff away in its proper place.


If a woman does not put something away properly it is an act of aggression because putting things where they belong is important to them.


Men do not put things away, because we never know where they go.  If we ask, we get a lecture because we have already been told and we were not listening because when you told us there was a hair on my shirt and I couldn’t pick it off and listen at the same time.  Who could?


Women’s girlfriends always listen.  They don’t want to miss any gossip, they actually care, and they know they will get a chance to also talk.


Men listen if there is nothing to distract them (see above) which is not often.  Also women don’t realize it, but they do not listen to men.  They don’t realize it because men gave up long ago and don’t have anything to say.   Admit it ladies, when your man comes home and you ask, “How was your day?” You really don’t care, that question is just an opening to tell him everything that happened to you from waking up, stuff at your job, cleaning a stain on the carpet, making soup, blah, blah, blah…

Men don’t care what they wear.


Women dress to impress gay men and other women.  Men dress for other men and men don’t care what they wear.


Men don’t know how to clean anything.


Women clean so other women don’t talk.  If another woman is coming over (even a cleaning woman) women go into a cleaning frenzy.  Men don’t know about this kind of gossip…and we don’t care.

Some man behavior is purely logical (so women will not understand):


We will cuddle before sex to get sex; after sex, we just don’t see the point.