BAD STUFF HAPPENING…shouldn’t we do something?

BAD STUFF HAPPENING…shouldn’t we do something? 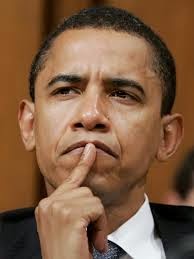 
The following is the opinion of a cranky old man with little knowledge on the subjects opined.  Opposing opinions are welcome, but will probably be ignored and please, no name calling.  That means you, you big stupid head!

Several issues in the news this week which call for my cranky opinion.


A passenger plane was shot out of the air over the Ukraine, apparently by Russian rebels supported by Russia.  This was horrible and action needs to be taken.  Should send troops to support Ukraine and declare war on Russia, or we should impose sanctions, or we should strongly object?  Clearly we should do something…shouldn't we?


Our borders are being overrun by illegal immigrants including thousands of children all expecting automatic acceptance.  I’m really not too sure what all this is about, but it seems like trouble.  Should we allow these poor people in our country and support them so they may eventually have a better life, the life we all feel as citizens we should be given the opportunity to lead?  Or should we round them all up and send them back where they came from.  One choice sounds untenable, the other sounds downright cruel.  We need to do something and something soon…shouldn’t we?


What a mess there is in the Middle East.  Hamas is firing rockets into Israel killing civilians.  Most don’t cause any damage because Hamas is kind of inept.  Israel is retaliating by sending bombs and troops into Gaza to root out the terrorist tunnels.  Should Israel be allowed to defend itself?  Well yes, but they are killing civilians.  Is Hamas killing its own citizens through human shields to make Israel look like the villain?  Well yes, but the whole situation is horrible.  Shouldn't we do something to stop this violence?


More gun violence in this country.  A nut job tried to shoot up a hospital and did manage to kill one and wound another.  He was shot by a doctor who was probably illegally armed.  Oh my, what to do.  Make guns illegal and strip every one of their arms?  Arm every one so nut jobs are quickly dispatched of as was in this case?  Shouldn't we do something?


Iraq is a mess again.  The last time we tried to fix that place we got rid of a horrible person who was horrible to his people and it seems he is being replaced by more horrible people.  Should we send in troops and stop the violence?  That didn't really work the last time, maybe we should become permanent policemen in this country, except the Iraqis don’t want that.  We should do something, shouldn't we?


OK, I know “What is your opinion Cranky?”


My opinion is I am damn glad I am not the President because even the right decisions whether to take action, voice stringent objections, or do nothing will be the wrong decisions.  I think I’ll just sit back and wait and then point fingers.


I am a great quarterback on Monday morning.

The preceding was a non-opinion copout by a cranky old man and not necessarily that of management…Mrs. Cranky.
Posted by joeh at 8:02 AM