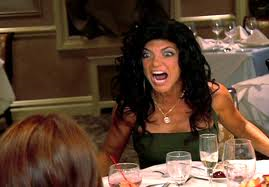 I just watched a re-run of “Real Housewives of New Jersey” where Theresa got angry and turned over a dinner table.  What a temper!


My family is similarly wired.


Hagy’s don’t like to lose.  We are not good at it.  Well we don’t always win, but we are just very bad at losing.  We seem to get better at it as we age; perhaps it is just a matter of practice.


Growing up we played board games because no one had gotten around to inventing computers, apps and video games yet.  The most popular game was Acey-Deucy.  This is a variation of backgammon.  It is backgammon with an added element of extra luck.  If you rolled a one and a two, acey-deucy, you got extra moves and extra rolls. 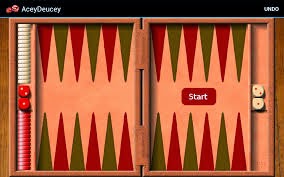 In short, to win at acey-duecy or backgammon you need to move all your pieces around the board and out before your opponent.  There is strategy, and the sending your opponent home is involved.  There is skill, there is luck and there can be frustration.  There is also smack talk!


In my youth and later with my own children, winning at acey-deucy was not enough.  To truly win, to absolutely triumph, you had to make your opponent “Flip the board.”


It is one thing to win through strategy, skill and luck, but it takes that combination and smack talk to force your opponent into such frustration that he will stand up, grab one end of the board, and before the game is officially over flip the board, and scatter the pieces and the dice all over the room.  Extra points are mentally added if the loser rants, “You are so FLIPPING lucky!”


This Hagy tradition passed down through countless generations has thankfully ended as the current generation has absolutely no patience for slow moving board games.


I’m pretty sure I once overheard my oldest grandson mumble while playing with his i-phone, “You are so DANG lucky!”


Not sure what he was playing.


At least he didn’t flip the phone.