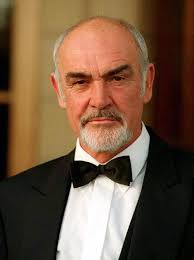 Do most married couples have a celebrity free-pass?  You know.  Come on, I know you know.  If given a chance, if the opportunity presents itself, who is that one celebrity that your wife is allowed to have an affair with…just once?

Who is your celebrity .  Who is the one if the opportunity presents itself that your wife will look the other way…just once?


Mrs. Cranky likes older men, fortunately for me, and she has always had a thing for Sean Connery.  She may have a thing for some others.  Johnny Depp, Keanu Reeves to mention a couple, but she only gets a free pass with one.  She chose Sean Connery.


Are you reading this Sean?


Now the question becomes, who, Cranky, is your celebrity free-pass?


This is tough.  I have to pass on all the young pretties.  Paris, any Kardasian, Lindsey, they all just seem too full of themselves.  I’m thinking they wouldn’t be all that great.  I think I would feel like smacking them and sending them home; just too young.


Then there are your Jennifer Aniston’s and your Pamela Anderson’s, who are older, still plenty hot, and maybe not quite so full of themselves.  Naw, still too young.  I only have one pass; I don’t want to waste it on a snot head unappreciative bimbo.


Here it is.  Maybe she is in her sixties, but I always had a thing for Patricia Richardson.  She was the wife on Tim Allen’s show “Tool Time.”  She’s cute, funny, and down to Earth.  I’ve seen some recent pictures, and she’s still got it.  She just might appreciate a cranky old man. 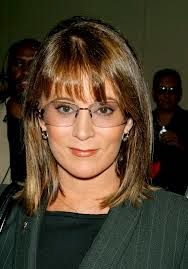 If you’re interested Patricia, I have one free pass.  Do you know Sean Connery?  Maybe we could double date.


Do you get a free celebrity pass?  Who is it?  Come on, no one reads this crap; it will just be between you, me, and your better half.
Posted by joeh at 7:01 AM