SHAME ON YOU - a cranky re-run 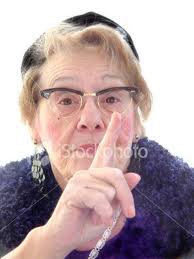 This Cranky Monday re-run is from May 2012


“Shame on you!”  In my parent’s generation these words were not loosely used.  Admonishments of “You should be ashamed of yourself” were pretty common.  I should have been ashamed of myself about three times a day.  “Shame on you!”  Was a whole nother level.


“Shame on you!” Was not a curse.  It was not a wish, it was not an admonition.  “Shame on you!”  Was a declaration.  It was a done deal.  There was no getting back on the declarers good graces, SHAME was on YOU!


I was often ashamed of myself, but I would do anything to avoid having SHAME declared on me.  This is a concept that is foreign to today’s generations.   Back in the day things that would bring SHAME upon you would not cause a batted eyelash today.


Cursing at, “back-talking” or otherwise disrespecting your elders; even crazy Aunt Edna would bring “Shame on you!”


Stealing, vandalism, or goofing off in Church would bring “Shame on you!”


Getting drunk, taking drugs, having sex outside of marriage or running naked on Main Street, all would bring “Shame on you!”


Young people today apparently have no shame.  They curse loudly on the street, on public transportation or anywhere and even in the company of their elders.  Stealing is just a part of the passage of youth, getting drunk and taking drugs is accepted, and NOT having sex before marriage is something they would never admit to.


Bimbos transmit videos of their sexual encounters on the internet for all to see and they become celebrities.  Politicians leave office after getting caught with a prostitute, and end up hosting cable television shows.  An Actor is caught in a theater cranking his monkey and his career is not tarnished.   A comedian is caught soliciting a transsexual prostitute and his next movie is a box office smash.  A TV evangelical Preacher pays to have a prostitute watch him debase himself and an apology buys him forgiveness.


There is no shame today.  The world has many problems for which there may not be simple solutions, but it would be a better place if we could only find shame.  People would behave themselves with more decorum and dignity.  People would treat others with more respect.  The world would be a better place if once again people lived in fear of having a little old lady point at them and declare for all to hear, “Shame on you!”


But then I would have to remove most of my posts.
Posted by joeh at 7:59 AM