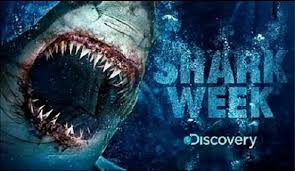 It is “Shark Week” on the Discovery Channel.  I am a big fan of “Shark Week” and have been for years.  I do have to admit, though, that the reason behind most episodes are, in my mind, malarkey.


Every episode claims to be doing research to determine more facts about these little known animals.  This research is necessary in order to protect and preserve these great animals.


I wish they would be a bit more up front and admit the research is to gather footage for “Shark Week.”


Not that I mind either way, I love watching sharks, but seriously as just “Important” research?


The episode I watched tonight involved six, count them, six shark scientist experts or sharkologists.  They spent a summer in a five million dollar ship following great white sharks around an island that is home to a zillion seals. They tagged the sharks, and then followed them with tracking equipment, mini-subs with cameras and all kinds of super expensive equipment.


What did these six, I assume well paid, sharkologists find out?


The sharks loved this island because they like to eat seals…I knew that, I watch “Shark Week” every year.


The biggest sharks are females… I knew that, I watch “Shark Week” every year.


They hunt during the day and rest at night… I knew that, I watch “Shark Week” every year.


They are very fast, they are very powerful, they bite to explore… I knew that, I watch “Shark Week” every year.


More people are killed by lightening every year than by shark attacks… I knew that, I watch “Shark Week” every year.  (Of course billions of people are exposed to potential lightening strikes every year and only a few hundred thousand swim in the same water as great white sharks. If there is a thunderstorm, do not stand under a tree, and you probably should not swim with seals.)


Anyway, scientists tag, follow, film and test sharks every year probably spending more money than Jerry ever collected for his children and we learn almost nothing new every year on “Shark Week.”


Still, I cannot get enough of these “Shark Week” shows.
Posted by joeh at 3:56 PM