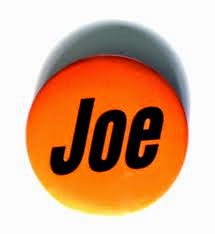 Anyway, I am getting lazy and so here is another cranky re-run from May 2014

In 235 years this great country has had 44 Presidents.  It was considered a big step forward for the US to have elected a Black President in 2008.  Now many people are calling for our country to elect for the first time, a woman president.  While I fully understand that sentiment, I cannot support it; not while an even greater diversity injustice stands unresolved.


Of all our 44 presidents, there has not been one Joe.  There have been a bunch of Williams, at least three Georges, a mess of James’s and a slew of Johns, but not a single Joe.


Joe.  Good old Joe.  One of the most common and popular names since Jesus had a daddy, and not a single President of the United States has been named Joe.


I would never have guessed the people of the United States would have a president named Martin before a Joe, but that is the case.  In my wildest dreams I could not imagine a president named Zachary, but yes that did come to pass.  A Millard president before a Joe?  Preposterous; and yet it is true.  Franklin…not too uncommon, but we have had two presidents named Franklin and no Joes!


Abraham is not that strange a name, but except for Vigoda and Lincoln I can’t name anyone.  There are lots of Joe's, what's up with that?


Ulysses?  Wasn’t that a play?  There is no play named Joe, at least give us a president.


Chester.  I’ve known a few Chester’s.  One was a dog.  How is it we had a president named Chester and no Joe?


Grover; please;  a GROVER and no Joe?  It boggles the mind.


I wonder what the Vegas odds in 1789 would have been for if we would elect a president Joe before a Woodrow, a Calvin, or a Herbert.  Pretty damn high I’d wager.  I lose. Still no Joe!


I’ve known three Dwight’s in my life, and one of them was president.  Lynden before Joe, you have to be kidding, and don’t even get me started on Barack.  How could we possibly have a president named Barack before one named Joe?  Come on now, Barack is not even a real name!


Enough of this nonsense, our next president should be named Joe.  End the discrimination now.  Right the injustice now.

It's not like Joe's can't lead.  Football quarterbacks Joe Montana, Joe Theisman, Joe Flacco, and Joe Namath proved that they can.  Wasn't Joe Walsh a lead singer? Joe's can fight, Joe Lewis and Joe Frasier could beat anyone.


We need a president named Joe.  Hey, it could be a woman.  What ever happened to Joey Heatherton?  She was hot.  I could vote for her. 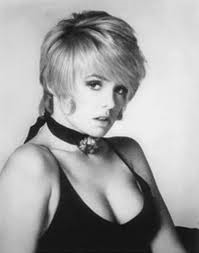