Ralph the Tomato Update
I recently posted on the demise of Ralph the tomato plant.  Several readers remarked that they were not surprised as they have had similar disappointment with the “Topsy Turvy” system.


Mrs. C had of course blamed me for not planting Ralph carefully enough.  She was sure I did not put in enough dirt, did not water well, and had probably broken his stem.  I was very pleased when readers reaffirmed my position that the “Topsy” system sucked and the demise of Ralph was not my fault.


Mrs. C takes great pleasure in proving me wrong, so she purchased another tomato plant, Ralph II.  I scoffed at her attempt; secure in the knowledge that based on my attempt and the unsuccessful attempts by several readers to produce a tomato by growing the plant upside down, clearly meant that her attempt would be futile.


Mrs. C planted Ralph II in the Topsy system.  I offered no help.  This was a week ago.  So far Ralph II is still literally hanging in there. 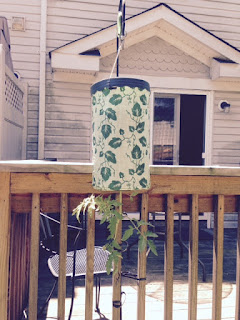