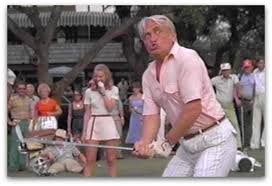 
“Why Cranky, do you keep subjecting yourself to this game.”


It is difficult to explain, but every once and a while even the worst golfer swings sweet, strikes the ball just right and the result is euphoric.


And then there is that day.  That one day when your swing was on, you have great feel on and around the greens, and your few misfires hit a tree and bounce forward and onto the middle of the fairway.


My one day came in September 1978.  At a little public course in Princeton New Jersey.  It was a 6200 yard par 70 course, not a difficult course, but if you are not a pro or a very low handicap golfer, there is no such thing as an easy course.


One drive was off line and did not hook back.  It hit a cart path, took several huge bounces before hitting a pebble and took one last long bounce back onto the fairway…perhaps my longest drive ever.


My putting was accurate and distance control spot on.  Two putts which were destined to go well past the hole hit the hole dead-on popped up and stopped quickly.


This one day in September 1978 it all came together.  The drives, the woods and long irons, the short irons, the chipping and the putting all crisp clean and accurate, and on the few occasions where a shot went astray luck was on my side.  On this day there was the perfect combination of an easy course, a good swing, a good short game and lucky bounces.


It was the kind of day, the kind of game, the kind of scoring that sends a golfer back to the course again and again, always with the hope of lightening striking twice.


Of course on the way home from this perfect day of golf, in my euphoria and anxious to tell the world, I drove a little over the speed limit.  A state trooper objected to my speed.  He did not seem interested in hearing my score of 78.  I received a ticket.


Some might say it was a case of Even-Stephen, but no.  I will take a speeding ticket for a score of 78 any day of the week.


And for those who could care less about golf:
A Ralph II update: 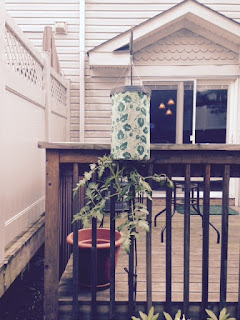 Ralph I's cousin in the ground 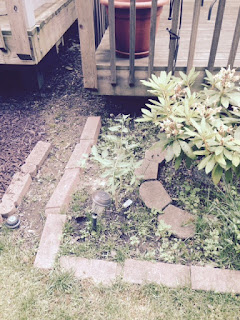