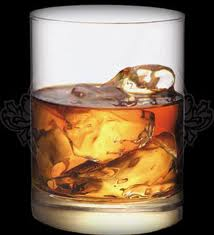 Back in the day (almost one year ago) I used to like fermented fruit, potatoes, and or grains.  I liked them a lot, probably too much.  I may well have been an alcoholic, or as many friends have since told me “You think?”  I still enjoy an occasional glass of wine or a scotch on the rocks, but not very often.
Some of you are saying if you are an alcoholic you cannot have even a single drink or you will not be able to stop.  That is probably true for some, there may be different degrees of the disease; I can have a sociable cocktail from time to time.   If I do get more than sociable, I suffer a hangover, something I never had when I drank every day.  A good hangover will make you think twice when offered a second or third drink.
Quitting booze also allowed me to quit smoking.  Smoking and drinking seem to go hand in hand.  I’ve known many people particularly women who only smoke when they have a drink.  Quitting booze and smoking also means I can quit that little blue pill which many older men need in order to feel like younger men.
When I drank too much, I seldom got “fall down” drunk, part because I knew how to pace myself, mostly because I drank the heaviest just before I went to bed, which was usually an easy stumble away.
There are several rules a drinker has to know.  As a retired drinker, I can now pass these rules along to up-and-coming drunks.
1.     If you drink and drive, drive really fucking slow.
2.    Do not drink anything sweet in large quantities.
3.    Cheap booze makes for miserable mornings.
4.    Beer on liquor mighty sicker, liquor on beer, never fear.  Or is it Beer then liquor mighty sicker, liquor then beer never fear?  It’s one of those, probably best to avoid mixing beer and liquor.
5.    Undiluted whiskey goes to your head really fast, always drink whiskey diluted or over ice.
The most important rule is when drinking whiskey on the rocks-
6.    Never let the ice cubes float.
Posted by joeh at 2:04 AM