THE NBA IS ON STRIKE! 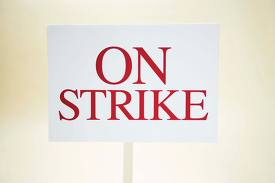