MY ONE GREAT DOG

MY ONE GREAT DOG 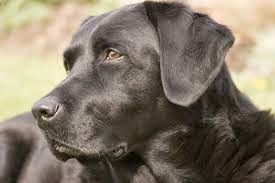 Another re-run, from January 2015.  This article made me think of it.

I am currently pet less.  I will probably remain that way; Mrs. Cranky is not really that fond of animals.  I never thought I could be with a person who did not like pets.  I thought wrong.  Mrs. C. did have a rabbit in a former life.  I do like rabbits, but in the yard, not in the house.
I am not a cat person, though I can definitely see their appeal as a pet.
I am a dog person.
Growing up we had a Cocker Spaniel, a Boxer and a Beagle.  My family moved from Long Island, NY to California when I was five.  We left the Spaniel.  I never did find out what happened to the Spaniel, probably a friend with a farm took her.  Mom did not want to drive out to California with three kids and a dog.  Mom could be pretty practical and stoic.  She left the dog.
I loved the boxer.  The boxer came from a home that did not treat her nicely.  The boxer did not like men.  The boxer did not like my father.  The boxer bit my father.  My father took the boxer to stay with a friend on a farm.  We never visited the friend on the farm.
The beagle was a fun dog, but like many beagles, he ran away.  He ran away a lot.  He always came back.  One night he came back and he had apparently been in an car accident.  The beagle never completely recovered. He was never the same.  Among other issues he was no longer house broken.  He peed a lot.  He pooped a lot.  Dad took the beagle to his friend on the farm where we never visited.
My next dog was after I was married, it was an American Black and Tan (mutt).  He was a good dog, but he was not particularly loved by my wife.  I went away one weekend and when I came back she had taken the dog to the pound.  He was not claimed and so we took him back before he was sent to a farm.  We had the Black and Tan for 15 years.  He was also a runner and would only come back if I chased him in my VW.  If I called from the VW he would hop in and I would take him home, otherwise he would not come when called…go figure.  The black and tan lived for 15 years when he came down with Lyme’s Disease.
Then there was Minnie, a beautiful Black Lab.  Minnie was the one great dog everyone hopes to have.  You can have nice dogs, you can have fun dogs, but apparently everyone is allotted only one great dog in their life, the one that can never truly be replaced.
Minnie did not run away.  She was house trained and when out for a walk would do her business on command.  She would retrieve whatever you threw for her.  You could throw a tennis ball at her as hard as you could from just a short distance and she would catch it and beg for more.  When Minnie was tired and lying down, she still wanted to play.  I would roll a ball at her and she would stop it with her nose and then push it right back at me also with her nose.  She loved to swim.  She was smart.
Minnie was good with everyone, especially kids.  She never growled or nipped no matter what you did.  Kids might pull her ear and she would just walk away.  She was a solid dog, the kind you could thump.  My son's friend once described her as one big black muscle.
In all her life the one bad thing Minnie would do that we could not correct, was she loved tissues.  She would get them, chew them and leave a mess.  She just could not help herself.
Cancer took my one great dog when she was eleven.  We took her to the vet.  At the vets we had Minnie put down.  We stayed with her, we stroked her and we sang to her.
There were tears.  There were tissues for the tears.
Just before Minnie succumbed to the drugs, she reached out with her mouth and grabbed a tissue.  We did not try and correct her.
I’ve had some good dogs; The Black Lab was my one great dog.
Posted by joeh at 9:14 PM