Now I Know How George Felt

Now I Know How George Felt 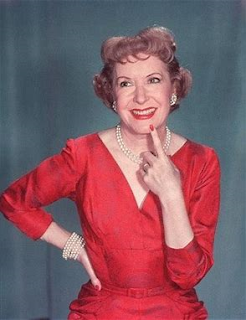 The other day Mrs. C and I were driving to the Racetrack for an annual Memorial Day Tradition with friends.  We were tuned into The Beatles Channel on Sirius radio.  The announcer was going through a long explanation about the production of the song, “A Day In The Life.”


“Now John and Paul were combining aspects of baroque and modern improv.  The song is broken into two parts. The first part more traditional and the second part more Avant Guard.   It is divided by a crescendo of all the instruments improvising from the lowest E to the highest E.  After the crescendo the song breaks into the second part where all the musicians were allowed to do whatever they wanted with no rehearsals, playing wherever the music took them.”


At least that is what I thought I heard; it was kind of gibberish to a non- musician like myself.  But I was still curious.


Finally, the announcer, a Beatles expert shut up and the song began.  In the middle, as he said, there was a crescendo of all the instruments from their lowest E to the highest E.  I waited anxiously for what the second half would sound like.


“Downtown, everything is great when you go downtown…”


“I just listened to five minutes as this dude explained what John and Paul did with the second half of the song after this crescendo, and as soon as that part was about to start you just change the channel?”


“You’d heard enough?  Were you not the least bit interested about all the musicians just playing what ever the Hell they wanted and how the genius of John and Paul managed to make it all work…not even a little curious?”


“But did you hear it before and listen for all the little nuances he was talking about?”


“It’s nothing, just some squeaking and squawking, it’s a little weird.”


“Oh, OK then, glad you saved me from hearing it, because Petula Clark is SOOO interesting.”


“It is really no big deal; you didn’t miss anything.”


“Then why did you let that Beatles expert drone on for so long making it sound like they did something different and special.”


“I thought that was interesting.”


“The explanation was interesting, but the actual music not?”