Baby I Can Drive My Car

Baby I Can Drive My Car
or
HELP...either one 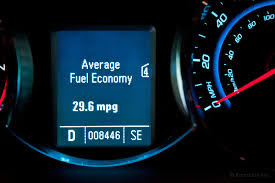 When I was younger, so much younger than today, everyone, bragged about, how fast they could make their way.  Those days are gone, so I find, I'm driving really slow. Now I find, I'll lose the time, for mileage that will grow.


“I made it from New Brunswick to Atlantic City in an hour and forty-five!  Oh yeah, I had the hammer down on the Garden State Parkway from exit 105 to 38, then caught every light from the Parkway to AC. Beat my old record by 12 minutes!”


It did not matter if you were in a hurry or not, getting from point A to point B in record time was everyone’s goal.  Speeding, weaving in and out of traffic, running the amber to beat the red light was standard practice.  Getting stuck behind a slow truck was infuriating.  Bad weather or a traffic jam would kill a record time.


Yes, we were reckless, crazy.  We had all the time in the world, but were always in a hurry, always wanting to brag, “You wouldn’t believe the time we made!”


Ah, that was years ago, Mrs. C and I drive a little differently these days.


Our new car keeps a running total of the MPG on a trip.  The car advertises 30 MPG on average.  We no longer are concerned with the time on a trip, now it is trying to break the MPG record.


Driving now involves coasting whenever possible.  It is important to accelerate slowly, stomping on the gas pedal ruins your average MPG.


This driving takes a lot of strategy.


When approaching a traffic light; did it just turn green?  Will I make it?  Should I slow down and coast because I can’t make the light, or should I step on it and try to beat the light?  Will making the light make up for wasted gas by excessive acceleration?


It’s not easy.  Driving with one eye on the road and another on the MPG calculator to maximize efficiency is risky, but the reward, beating the manufacturer’s suggested mileage, is somehow worth it.


The other day we went to my grandson’s first Holy Communion, a one hour forty-minute trip.  When we arrived, my son asked how long it took us.


“Two hours and ten?  I make it to your house in under an hour and a half!”

"Maybe, but baby I can drive my car."