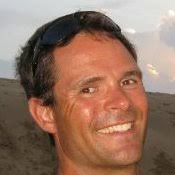 We enter the Wayback machine and return to May 2014 for this classic post.

When Spencer, my youngest, was 3, his older brother, Matt, was 25.  There was also an older sister and his oldest brother, but they had been driven off by their evil step mother.  Anyway, Matt remained in Spencer’s life and they were best buddies.

For some strange reason, Spencer could not say "Matt."  When he talked to his brother he called him Mo.  It was cute, but still Matt tried to teach him how to say his name correctly.

“Spencer, what is my name?”

“What do you use to hit a baseball?”

“What do you wear on your head?”

At some point we all got used to his calling Matt, Mo.  We decided it was cute.  Sometimes we all called Matt, Mo.  It is kind of nice for a baby brother to have a special name for his big brother.  It would be something special they would always have and everyone agreed that Spencer would always call his big brother Mo.

The next day after everyone decided that Spencer’s name for Matt would always be Mo, he started calling him Matt.

“Spencer, what is my name.”

From then on it has always been Matt.