MY WIFE IS TURNING ME GAY

This post is reworked from August 2013.  This is probably the third time around for this post, but it seems to be a favorite.  If you have already read it, have a nice day.  Otherwise please enjoy:
MY WIFE IS TURNING ME GAY 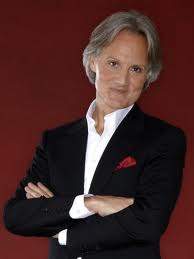 I married my wife on 12/11/10 (she thought even I could remember that date).  When we married I was a heterosexual.  I know I was heterosexual because I had four children through previous marriages.  Other signs which would confirm my gender preference are I am a slob, I love sports, I watch football four times a week when in season, I have no taste in clothes, and I fart a lot.
I have reason to believe my wife became Mrs. Cranky at least partly because I was a heterosexual.  She seems to enjoy the fact that I prefer the company of a woman, and yet it also seems she is turning me gay.

This process is slow and insidious.  First, she is not a neat person.  I find myself picking up and cleaning where I would never have done so before.  Gay?  She does not like make-up. She seldom wears lipstick mascara or rouge.  Yet I am still attracted.  Gay?  I know what rouge is.  Gay?

Next she slowly gets me hooked on TV shows I never before would have even paused over on the remote; “The Bachelor” and “The Bachelorette.”  I began saying things like “I wonder if Jason will choose Amy.   They have had such an awesome journey and shared such amazing times.”  Or “I hate that Robert, how can Sarah give him a rose?  He is sooo inattentive.”  Gay?

She now has me hooked on “Americas Next Top Model”, “Project Runway”, and “Say Yes to the Dress.”  The other day I caught myself saying, “That dress has too much rouging, I hate the crumb-catcher, there is no wow factor and the mermaid cut does not go with her figure.”  GAY!!

Two weeks ago she actually had me watching soccer…..WOMEN’S SOCCER.

As I sit on the toilet peeing, I worry about this transformation.  It is not that there is anything wrong with being gay; it’s just that I thought I had the whole straight thing down, and I think I am too old to change.

My last hope is football; NFL football.  I thought I was doomed years ago while it looked like a strike might end the NFL,  but it was settled.  I was saved.

Football!  Hitting, gouging, dirt, blood, fights, pain, guys carried off the field on a stretcher. Football!   Now this week there is another Super Bowl, just the thing to keep me on the XY chromosome team.

I cannot wait for this game.  My only concern is the two team uniforms.  I think the NE silver clashes with the gold horns on the Ram's helmets.

The halftime show should be exciting, and I can't wait for the commercials!  That's not Gay is it?
Posted by joeh at 6:54 PM