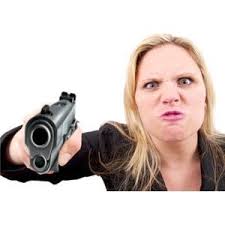 It’s the little things that gets Mrs. C upset.  It is amazing actually.


A few weeks back I filled my new cars tank with diesel fuel.  My new car does not run well on diesel fuel.  We were stuck for 6 hours in a dinky gas stop interrupting what should have been a nice weekend trip in Virginia.


Was Mrs. C angry that my stupidity cost us 6 hours of boredom and eventually about $600 in repairs and car rentals?


Not really..  She was not real happy, but she was completely understanding and never said boo about my goof.


This Thanksgiving, Mrs. C drove her sister to the airport for a flight to Orlando.  She was up at 3 am to get her sister on a 6 o’clock flight.  She dropped her off and was half way home when she got a call from her sister,


“Ah, I booked my flight from Orlando to Newark, instead of Newark to Orlando…can you pick me up?”


Sis-in-law may have a case of “lexdixia.”


Was Mrs. C angry that her sister had her up at 3 am and she had booked her flights backwards?


No, not at all.  She is a very understanding person for really big stupid screw-ups.


But for little things?  OMG!


At our Sunday early Thanksgiving feast with family and friends, I made the mistake of tossing a half empty glass of cider.  I find that in these functions, people leave glasses of stuff all over and if they seem unattended, I will clear the counters, otherwise we don’t have enough room in our small kitchen.


Apparently the cider was Mrs. C’s.


“DID YOU THROW AWAY THE CIDER THAT WAS ON THE COUNTER?”


“I might have, I thought it was an orphan.”


“DON”T THROW AWAY MY STUFF!!  DON’T THROW AWAY ANYTHING…EVER without first checking with me!”


Mrs. C was upset about the tossing of the cider for several days.


Fill the cars tank with the wrong fuel?  She takes it in stride.


Toss a half a glass of cider? BIG PROBLEM!!


What gets you upset, really big stupid blunders, or is it the little things?