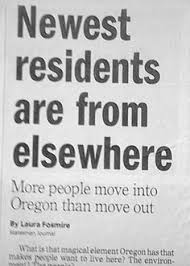 This week’s stupid headlines and my stupid, sometimes sophomoric comments.


Mary Kay Letourneau, teacher who had affair with 12-year-old student, said she 'didn't know' it was illegal – There are things that don’t have to have a law on the books, creepy is creepy…and there is a law so…


'Robot sex brothel' slated to open is not wanted – I have the best comment for this EVER, but my filter just kicked in…make up your own.


Student says Oxford University turned her away from graduation because of 'provocative' ankles – I don’t believe I’ve ever seen a provocative ankle.


Seal attacks kayaker with octopus – What the Hell was the kayaker doing with an octopus?


Gay penguins 'kidnap' chick from parents at Denmark zoo after dad 'neglected' it – They knew they were gay, because both were wearing tuxedos.


Oklahoma woman arrested after she allegedly burglarizes, defecates in fraternity house – But she was very careful to not leave any fingerprints.


Massachusetts fire department welcomes 9 babies in 1 year – Is that a 9 alarmer?

FEEL-GOOD STORY OF THE WEEK


Couple's love story started with a CPR kiss – I tried that once and the girl just yelled, “someone call 911”…crap!