The Asshole and the Conductor

The Asshole and the Conductor 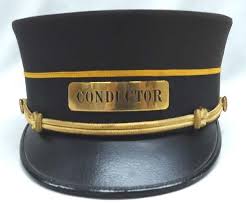 The recent hoo-ha over United Airlines having a passenger thrown off the plane reminded me of a situation commuting on a New Jersey Transit train.

Years ago, New Jersey Transit had a fare schedule where if you bought a round trip ticket off-hours, there was a significant discount.  If you didn’t use the ticket both ways in off-hours, you were then charged the full rate.
It was very common for people to buy the round trip, go to the city during off-hours and return during peak-hours.  The conductor charged them the difference and they were always surprised and upset because they didn’t understand the rate.  They often complained to and fought with the conductor.  They always lost.
One Friday night, these things always occurred on a Friday night, a passenger on the way home was informed he would have to pay an additional $3.75.  He refused.  The conductor explained the situation one time and warned him that if he did not pay the additional $3.75, he would not be allowed off the train.  He refused.
When the train pulled into the next station, the doors did not open.  We were informed that we would stay in the station until the transit police arrived to take the delinquent passenger away.  We sat for fifteen minutes waiting for the police to arrive, they were about forty minutes away, and everyone started getting a bit peeved.
Other passengers offered to pay the $3.75 just so we could move on.  The conductor refused.  The delinquent passenger started to freak out and was screaming, “I’ll pay, I’ll pay.”  The conductor ignored him.
We waited at the station for forty-five minutes before the Transit Police came and dragged this ass-hole away screaming, “I’ll pay, I’ll pay.”
The conductor won this battle.  On a train, the conductor has the power to enforce transit rules.  Not obeying a conductor on a train is like attacking a police officer on the street.  They have power, and sometimes it goes to their head.
On this Friday night I was late for a dinner reservation and my (ex) wife was pissed (we had no cell phone in those days).  Her rage was not tempered by my valid excuse…it never was.
Because this one a-hole did not understand the fare rules and refused to pay $3.75, and because the conductor could think of no other way to handle the situation, our train was delayed forty-five minutes, and every train that left behind us was delayed almost as long.  Almost one thousand people had their Friday night plans disrupted because of an ass-hole passenger and a conductor on a power trip.
I didn’t care about all those one thousand people, I only cared about the new butt hole I was ripped…again.
Posted by joeh at 9:24 PM