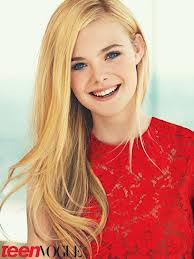 This cranky re-run is from April 2014
I may or may not have ever mentioned this, if so I am mentioning it again.  I have never been a ladies man.  I’ve had dates, I’ve had girlfriends, hell I’ve even had three wives, but I’ve never been a ladies man.  Most women usually see past my exceedingly good looks and charming personality and find something else way less good looking and not so charming. So far Mrs. C has not looked that deep and still finds me charming…I guess.  Anyway, except for Mrs. Cranky I’ve never had much success with women.
The reason for my lack of success?  I reached my peak at thirteen.  It's true; at thirteen I was a very handsome lad.  I had a full head of hair; I had a powerful, athletic physique, a bright smile, reasonably good breath and very little body odor.
It was at thirteen that I had my first kiss.  It was behind a candy store.  It was a no-tongue kiss with the most magnificent female creature that ever adorned the sixth grade.  Not just the sixth grade in Manhasset, Long Island, not just any sixth grade in New York, any sixth grade…anywhere...ever.
The first kiss at thirteen was with Heather Pintertail.
You may think I made that name up as is my wont to do, but no, Heather Pintertail was the name.  She had long blonde hair with just the right amount of curl.  She had a perfect face with a perfect nose, perfect ears and beautiful skin.  Her eyes were haunting and her figure…Oh my God she had a figure. At thirteen she had a figure that women today spend thousands of dollars to construct.
Heather Pintertail was a vision.  She was female perfection, and at thirteen I had my first kiss behind a candy store with Heather Pintertail.  It was all downhill from there.  When I turned fourteen, not long after that behind the candy store kiss I developed pimples, and Heather Pintertail developed a taste for older men.  I peaked at thirteen and with it my success with women also peaked.
A year after Miss Pintertail decided she preferred older less pimply faced boys; I was riding in the car with my older brother.  Chris spotted Heather Pintertail walking by the road and almost drove over a curb.  He did not recognize her from his high school because of course she was several years away from high school though visually she would have been more than welcome.
“Damn!  Did you see that?  Who the heck was that?”
“That was Heather Pintertail.  For a while, I thought she was my girlfriend, but apparently I’m not good enough for her.”
“Good enough! Boy she is so far outta your league you couldn’t even get a bleacher seat to watch her play.  Don’t be too upset though, there won’t ever be many in her league, and her league is nothing but trouble.  Did you kiss her?”
“Yeah, behind the candy store.”
“Consider yourself lucky.  You’ve kissed the best and it didn’t cost you a thing.   Girls that look like that are trouble, with those looks everything comes too easy and ultimately they bleed you dry.”
My brother may not have said that last part but if he did he was right.
After my behind the candy store kiss I have had many unsuccessful relationships.  There have been many women who preferred washing their hair over dating me. I have gone through a broken engagement and two failed marriages.
Like I said I’ve never been a ladies man.  I peaked at thirteen.
I think my luck turned around at sixty-two with Mrs. Cranky.
Posted by joeh at 10:45 PM