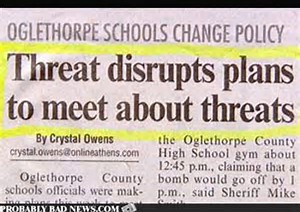 STUPID HEADLINE SUNDAY
This week’s stupid headlines and my stupider, sometimes sophomoric comments.
______________________
Nearly naked California woman claims she's a mermaid – Who is this naked woman, or is it a tail of two titties?
Dustin Johnson's Masters in question after fall down stairs – Jeff Gillooly leaving the residence with a 2 iron claims he “knows nothing.”
Shoplifter calls 911 after hiding in dressing room, gets locked inside store – This needs no comment.
Pennsylvania man arrested for DUI wore 'Drunk Lives Matter' shirt – Probably not a good choice.
Earth's mantle is more than 100 degrees F hotter than scientists thought – Actually, they think it is 100 degrees hotter than they thought, when they try to measure it, the thermometers keep melting.
Man cited for eating pizza at SF bus stop – It is OK to pee in the street http://time.com/4199747/open-air-urinal-san-francisco/ , but don’t eat pizza at the bus stop.
Riders ignore woman with head trapped between subway doors – Are you kidding?  It’s NYC, if she needed help she would ask, otherwise she’d just yell, “Wadda you lookin at?”
Mexicans now prefer Canada over US for vacations – “Welcome to Canada eh.”  “Si?”  “Eh?”  “Si.”  “Eh?”  “Si.” “Hoser.”
Woman Caught Urinating on President Trump’s Golf Course Loses Legal Case Against His Company – If this was strictly enforced, the jails would be full of golfers.
Woman charged with choking teen for blocking view at Disney fireworks show – I guess those giant ears drove her mad as a hatter, but this is still pretty goofy.
Harvard to Change Historical Anthem Because ‘It’s No Longer Inclusive’ – What, like Harvard is inclusive?  They wouldn’t let me in.
The Feel-good story of the week:
Indian Villagers Rescue A Baby Elephant That Fell Into A 70ft Well – A baby elephant, that’s almost as good as a dog story.
http://www.sunnyskyz.com/good-news/2130/Indian-Villagers-Rescue-A-Baby-Elephant-That-Fell-Into-A-70ft-Well#qBYgbIXcIxMfHSrY.99
Come back next week for more
STUPID HEADLINE SUNDAY
Posted by joeh at 12:50 AM