The Last of the Mohicans

The Last of the Mohicans 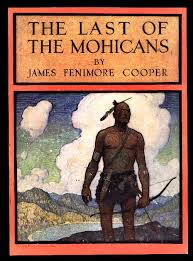 I recently left a comment on a fishducky blog,
http://fishducky.blogspot.com/
regarding a book and after school detention, that was a bit of a teaser.  She asked that I elaborate.

Well Ms. Fishducky of the wacky state of California (cue the peanut butter jar label opening to a picture of Fran) “You asked for it!” 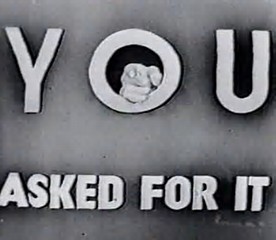 It is not much of a story; perhaps I can embellish it a bit.

As an adolescent, I was not a very good student, as a matter of fact that statement would be accurate for me at any age.  In middle school, I was a bit of a cut-up.  I don’t recall being totally obnoxious, generally I interrupted with a pithy comment but not in a too disruptive way.  Sometimes I said nothing but could not stifle a snicker.

In the eighth grade, Mr. Franks class, we were studying that American classic by James Fenimore Cooper, “The Last of The Mohicans.”  As I recall this book was awful.  It was, for an eighth grader at least, unreadable.  Plus, I had already seen the movie and did not even like it very much.  I don’t know why they do this to eighth graders. Somehow grown-ups have the opinion that if you are not conversant in the classics, you are uneducated.  The truth is I learned that the book was about Indians in New York State, it was written by James Fenimore Cooper, and stared Randolph Scott in the movie.  That was enough to get me three correct answers over the years while watching “Jeopardy.”

One fateful warm May afternoon we were discussing this horrible piece of literature.  It was one of those perfect spring days where it was stuffy inside the non-air-conditioned classroom, but outside baseball and refreshing spring air were calling.

I was seated next to those huge windows that could only be opened from the top using a long pole with a hook to grab and pull down.  The shades were drawn to hold out the sun (and any fresh air) and block out the distraction of a spring day. The shades were spring loaded things with a long cord to pull down or release (my older readers will know exactly the window and shade I am talking about)

During the discussion, I fashioned a perfect hangman’s noose out of the shade cord, and slipped my copy of “The Last of the Mohicans” into the noose.

When Mr. Frank’s back was turned, the buzzer sounded marking the end of the school day.  I pulled the cord and activated the spring roller.  It made a loud noise, and Mr. Frank and the whole classroom turned to see the book swinging back and forth high off the ground in the pull-cord noose.

“What the Hell?” Asked a startled Mr. Frank.

“No more Mohicans.”  Was my thirteen-year-old response.

The class thought it was very funny.

And that Ms. Fishducky is how “The Last of the Mohicans” cost me two hours of after school detention.