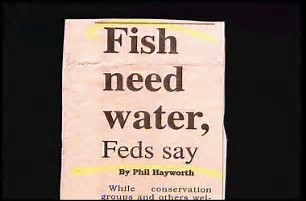 This warrants a follow up study
STUPID HEADLINE SUNDAY
This week’s stupid headlines and my stupider, sometimes sophomoric comments.
______________________
Pennsylvania Easter egg hunt canceled over unruly parents – Well if their little darlin didn’t get the most eggs, there would be hell to pay.
Driver wearing 'Hold my beer' shirt arrested for DUI – Not as bad as last weeks “Drunk lives matter” but close.
Condom-clogged pipe provides police clue in cracking Texas brothel – Just follow the condoms back to the source and…ah ha!
Iran's Ahmadinejad to run for president – He's sure to get the Liberal's vote if Trump runs again.
Australian woman gives birth to 13-pound baby without epidural – The baby was 32 inches long, but that’s still impressive.  And why would a baby have an epidural?
JOHN DALY HITS GOLF BALL OFF BEER CAN, PROCEEDS TO CHUG BEER – He was still thirsty, so he took a Mulligan**.
Scorpion stings man on United flight to Calgary – United CEO said in a statement to the press, “Maybe next time he will put up his food tray when he is told.”
Newlywed woman murders her husband for not being handsome – This is why I sleep with one eye open at all times.
The last place in America you should try and cross a street – If you’re white, this would be MLK Boulevard in any city USA***.
1 million bees stolen in Austria – The “Alphabet Bandit” is at it again, hide your cee’s.
White House decides against releasing visitor records – Turns out it is faster to just let insiders leak them*.
*I know, this is supposed to be a political free blog…It’s a joke!
**Google it non-golfers
***Oh relax, it’s not that racist!
This week’s feel-good story:
Airline pilot feeds babies to help overwhelmed mom traveling with 4 kids – To counteract all the airline hating this week
https://www.aol.com/article/news/2017/04/13/airline-pilot-feeds-babies-to-help-overwhelmed-mom-traveling-wit/22039188/?ncid=txtlnkusaolp00000058&
_____________________________________
Happy Easter!!

Come back again next week for more
STUPID HEADLINE SUNDAY
Posted by joeh at 11:22 PM