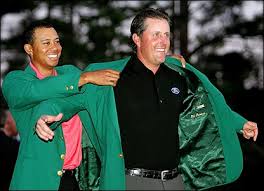 This week starts "The Masters"
This cranky re-run is from April 2013
If you hate golf, don't understand it or just think it is a waste of time, I get it, no need to read further and certainly no need to tell me how and why you hate something I love.  I am respectful of photography, knitting, quilting, ballet, and a lot of other stuff that I think is absolute crap  don't understand.
Thank you.
Tomorrow is the start of THE MASTERS golf tournament. This is my favorite tournament.  I love The Masters because the golf course is just sooo beautiful. 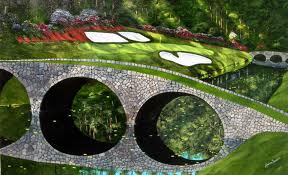 After the tournament, members are allowed to play at Augusta for several months.  The rest of the year is spent assuring that the golf course is immaculate for the next year’s tournament.*
I visited The Masters, once, in 1985.  In those days the course was open for practice rounds for $15 entrance fee.  (I am told that even these practice round tickets are impossible to get today.)  I was struck by the beauty of the golf course and how perfectly it was groomed.  I left thinking I could never play on this golf course.  Taking a divot and spoiling the magnificence of the course would seem sacrilegious to me.


Rules at Augusta are somewhat quirky but very strictly enforced.  Up until several years ago women were not allowed as members.  This got the hackles up of the liberal media and woman’s groups intent on ending these antiquated “Country Club” rules.  They railed that being a member gave men an upper hand in conducting business and that excluding women was sexist and unfair.  Well it was clearly sexist, an unfair business advantage…come on…silly argument…not one for this post.  Augusta was the last bastion of sexism and they fought hard to keep it.  Some years ago, threatened with a boycott, advertisers refused to support the TV broadcast unless the Club allowed women members.  The membership would not budge.  They stepped up and paid for the broadcast themselves and for several years the tournament was broadcast commercial free.  Eventually the club relented and allowed woman members, but they showed they would not give up tradition without a fight. 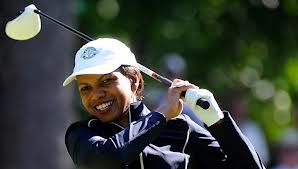 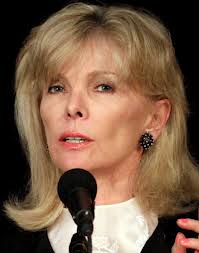 The Augusta club is all about tradition.  It is all about rules.  My brother tells a story** of a member who brought two very important politicians (let’s just say Senators) to play a round.  The member was informed that there must be one member playing for each guest invited.  The member insisted these were very important guests and the rule should be bent.  Wrong Club!  Rules were rules.  An emergency phone call was made to recruit another member in order to complete the foursome and allow both Senators to play.


Silly?  Yes, but I think it is nice that there is at least one place left in this country where tradition is respected and protected just for tradition sake.
Here are some other Augusta strictly enforced traditions (unwritten rules):
No running.
No lying down on the grass.


No cell phones.
Fans are not fans, they are patrons.
The back nine must never be referred to as the “Back side.” (Crude).
Don’t be “Cute.” A TV announcer was once removed from his duty because he referred to the Gallery as a “Mob.”
No tipping- Caddies are to be paid what “You think they were worth.” I am guessing caddies are seldom disappointed.
No bare feet.
Ball caps must not be worn backwards! (This is my personal favorite) 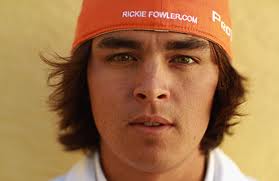 Ricky is just a kid, no no no! 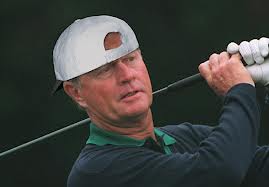 But Jack! You know better.
Are these rules silly and capricious?  Some…maybe…but that is what makes the Masters special!
I would like just one more rule…NO JOHNNY MILLER ANNOUNCING ON TV, or has he become a tradition…oh well, gotta take the good with the bad.
I LOVE THE MASTERS!
*Some facts about The Masters may be incorrect, but Cranky Old Man is too lazy to research and confirm what he believes to be true.
** See above, I'm even too lazy to call my brother and fact check this story.
Posted by joeh at 1:37 AM