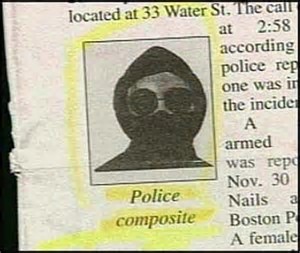 I know that guy!
It’s time again for
STUPID HEADLINE SUNDAY
This week’s stupid headlines and my stupider, sometimes sophomoric comments.
______________________
Burglar breaks into home, cooks fried chicken – When caught, the distinguished gentleman with white hair, mustache, goatee in a white suit simply asked, “Where do you keep your buckets?”
Man Pretending to Be Cop Pulls Over Real One – Was this the same guy who last week got pulled over for drunk driving wearing a “Drunk Lives Matter” t-shirt?
Make it a crime to show killing on Facebook – Yes, that will make a deranged murderer think twice before posting on Facebook.
‘Sexual favors’ not accepted to pay taxes in Montana town – They’re not accepted in New Jersey either…at least not with me as the favor.
French presidential candidate wants a 100% tax on the rich – That should boost productivity incentive.
Loud sex interrupts tennis match – Too much racket stops Love match?
Microsoft is trying to make passwords obsolete – This is just so stupid.  If all passwords were “obsolete” hackers would have a field day!
Carmelo Anthony Did Not Get Another Woman Pregnant Before Split from Wife – It is a crazy world we live in when this is a headline.
Nevada voter fraud probe finds 3 voted illegally in November – Only need to find 2,899,998 more to prove Trump is right.
Japan has plans to drill through the earth's crust and reach the mantle – Drill through the Earth’s crust?  Hello, it’s above the fireplace!
LGBTQ, transgender issues should be taught in nursery school, UK teachers' union says – I think you need to teach them the alphabet first, or they’ll get this confused with the twelfth letter, “Elemeno P.”
THIS WEEK’s FEEL-GOOD STORY:
Bikers heard marine’s remains were coming home in USPS box, refused to let that happen – These dudes deserve a little recognition.  They also keep those Westboro Baptist Church A-holes away from desecrating veteran’s funerals.
http://shareably.net/bikers-transport-marines-remains/?utm_source=page_jb&utm_medium=facebook&utm_campaign=inspiring
Come back next Sunday for more
STUPID HEADLINE SUNDAY
Posted by joeh at 10:55 PM