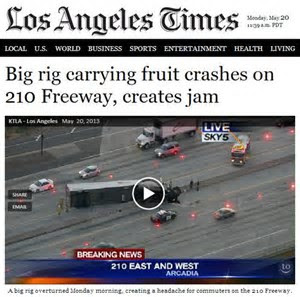 Makes sense to me.
STUPID HEADLINE SUNDAY
This week’s stupid headlines and my stupider, sometimes sophomoric comments.
________________________
Pennsylvania mother ate twigs, drank own urine on journey to save family – This sounds very heroic, except the family was at a Chucky Cheese. (No, actually it was very heroic.)
Sisters accused of trying to extort and cyberbully Nigerian billionaire – Ripping off a Nigerian, isn’t this sort of a “Man bites dog” story?
North Texas QB Alec Morris Misses Snap After RB Jeffrey Wilson Vomits on Field – DUDE!!!

Versace used secret 'code' for black customers – African-Americans were offended, apparently they figured out what the code “N-word in the house” meant.


Taliban behead woman for shopping without her husband – F*cking backward barbarians d-bags!!
Attorney Who Allegedly Harassed Ivanka Trump on JetBlue Flight Suddenly Has Nothing to Say – Big brave douchebag and his husband have nothing to say after attacking a mother and her three children on a plane.  Is this an example of “Love trumps hate?”
US considers mining limits to save sage grouse – You can shoot as many as you want, but you can only mine one a day.
Eagles QB Carson Wentz buys shotguns for entire offensive line – That should slow down the pass rush.
Partiers ring in the new year with giant bear costumes – I’d check those costumes for Russian hackers.
Girl teaches her pet cow to jump – She also has a cat with a fiddle, but her dish and spoon ran away.
Trump’s Enemies Enraged His ‘Tragic’ Cameos Are Ruining their Favorite Holiday Films – OMG…get over it for crap sake.  And those movies sucked anyway!  (Little Rascals and Home Alone 2)
AND THE FEEL-GOOD STORY OF THE WEEK:
Grieving Labrador retriever cares for orphaned Bulldog litter: 'Those are her puppies' – Hey, I love Labs and Bulldogs!
http://www.today.com/kindness/grieving-labrador-cares-orphaned-bulldog-puppies-t106337
_______________________
Come Back Next Week For More
STUPID HEADLINES!!
Oh…Happy New Year!
Posted by joeh at 10:50 PM