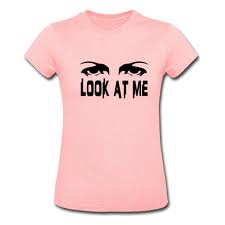 This cranky re-run is from December 2011
Notice how I have mellowed since.
This may pee a few people off, but what the heck, the beauty of being old is not having the time to give a shit.
Several things happened this last week that make me want to just scream, “SHUT THE FUCK UP!”
Some people just look for shit to happen so they can wave a flag and say “Look at me, I’ve got an agenda and I’m not afraid to raise a stink about something to push it.”
POR EXEMPLUM: (What you never took Latin?)
A lady in my town posted on Facebook an open letter to the police about the horrible traffic problem in town and how she is afraid to cross Main Street with her children. She asserts she has almost been KILLED twice by careless drivers.
Why do I suspect she has an agenda and is looking for attention?  She posted a picture of her son crossing the street.  Her son was wearing a yellow traffic vest and an orange traffic cone hat.  Apparently this is how he is always dressed when going downtown to cross Main Street!
Main Street in Metuchen, NJ is perfectly safe to cross if you just watch where you are going.  Cars cannot travel any faster than 10 MPH down Main Street.
SHUT THE FUCK UP!!
The news recently reported that a Woman traveling from Las Vegas to Boston had a TSA agent take away a cupcake as the frosting was a potential explosive (future blog in this subject is in the hopper.) How did the news hear about this “major” incident?  Did the TSA overreact?  Probably.  Is this lady making a big deal about a lousy cupcake? I would have just laughed it off; she goes to the press, who loves to pick on airport security, and she acts like she was horribly victimized. This is not Iran.  They did not strip search and beat you.  They took away a cupcake.
SHUT THE FUCK UP!!
Today I read an article about a woman being told to not breast feed at a Washington DC Motor Vehicle station. Personally I don’t care if someone breast feeds in front of me, I seldom give more than a passing two or three minute glance.  However, some women are just asking for a scene. They could go to a corner of the room, turn their back and discreetly feed their baby (sometimes a three year old toddler).  Instead in the name of “What is the big deal it is perfectly natural”, they open up without warning in the middle of a crowd just asking for someone to say something.
You know what?  Peeing is perfectly natural, but if I’m in a car and I have to go, if there is no rest stop available, I pull over and hide behind a tree.  I don’t stand in the middle of the road, pee, and yell at passerbies, “What you never saw someone pee before?  It’s natural you know!”
SHUT THE FUCK UP!!
Finally what is with those clowns wearing shirts that say stuff like “This is my drinking shirt”?  When you take the time to read what the shirt says, these morons give you shit, “Yo what the fuck you staring at?”
Listen jerkweed, if you don’t want people staring at your shirt, don’t wear a shirt that says stuff!
“Here, look at my shirt, it says:
SHUT THE FUCK UP!!”
Posted by joeh at 10:44 PM