STUPID HEADLINES 081416
It is time again for 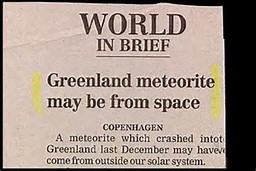 Man, 90, Tells Cops Hooker Ripped Him Off – No comment could top this line in the story:

When cops told Nicholas Salerno that he would face a criminal charge for admitting to hiring a hooker, the nonagenarian replied, “I don’t give a fuck. I’m 90 years old for Christ’s sake.”

Massive swarm of bees escapes in Walmart parking lot, 3 hospitalized – I wonder if they carried them off in tiny little bee stretchers.

Scientists think they've figured out the female orgasm – But they still don’t care as long as they get theirs!

Breastfeeding Mom 'Sprays' Milk At Woman Who Told Her Not To Breastfeed In Public – Once again no comment can top what is in the actual story.  This is the Facebook post of the offended lady:

Lady, maybe if you took out your own tits from time to time your husband would not be so easily distracted!

Got deer? Cougars could help control herds, study says – Because wild lions roaming the woods and our backyards is a safer solution than hunters using those scary dare I say it…guns.

Underwater bedroom lets you sleep with sharks – Or you could marry a lawyer.

Charleston church shooting suspect Dylann Roof attacked in jail – Gee, I hope nothing bad happens to him…and by him I mean the attacker.

Going for the Jugular with Combat Juggling – Look out 2020 Olympics!