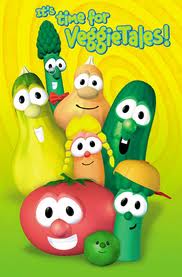 Taking a break, here is a re-run from December 2011

These shows are not about fun or funny.  Noooo, they have to teach something and be at all times politically correct.

When I was a kid (before the internet), cartoons showed really funny stuff.  Arab dudes chasing Bugs Bunny with a huge sword yelling “Hassan CHOP!!”  There was a coyote falling off cliffs, being squashed by boulders and run over by trucks while chasing a flightless bird.  A cat was tortured by a mouse and subjected to being burned to a crisp or even more brutal being turned completely inside-out.

None of this violence turned me into a mass murderer or a sociopath.  In fact I am quite the pacifist.  At an early age I could recognize that this cartoon violence was not real.  It was intended to be comical, and it did in fact make me laugh.

I recently viewed a cartoon of today with the Pa. Crankettes.  In this story, Humpty Dumpty sat on a wall.  Humpty Dumpty was afraid to come down from the wall.  Apparently Humpty having a great fall would be too much violence for children of today (in my day he would fall break apart and Daffy Duck would scramble and eat him).

In order for Humpty to get down from the wall two super hero cartoon characters were brought to the scene; Alphabet boy, and Word boy.  These super heroes decided a ladder was needed to save Humpty.  They built a ladder using letters from Alphabet Boy helping Word Boy to create the word LADDER.  The building of the ladder was excruciating.

“We need to build a ladder, can you children in TV land help?  What letter makes the la sound?”

This went on for fifteen minutes until finally the word ladder was built and leaned against the wall for Humpty to climb down while Alphabet Boy and Word Boy shouted “You can do it” encouragement.

At this point I turned the set off when I noticed the Crankettes were not watching.  The three year old was shoving a stuffed rabbit into a garbage truck and was giggling while crushing it in the compactor.  The one year old was pushing a car off a table and practicing his crash and explosion sounds.

The namby pamby, politically correct, non-violent, nicey nicey imaginary world has come to children’s TV.  The producers of this pabulum crap think they are contributing to a softer nicer safer world where the children of today will become the caring correct thinking liberated adults and leaders of tomorrow.  I think they should go back to entertainment and laughter.  If children do not watch their crap, their minds will not be molded.

At least in my youth while we laughed we did learn something.  There was a cartoon code of conduct.  Bad stuff happened to bad people (or caricatures).  Bugs always made the evil, violent Hassan look like a fool.  The murderous coyote never caught the clever lovable road runner.  Jerry, the cute mouse, was never eaten by Tom, the nasty cat.

I am betting that the producers of today’s cartoons all have their doctorate in children’s education.

All the creators of the old cartoons had was a sense of humor.

I prefer the sense of humor.
Posted by joeh at 8:16 AM