HEADLINES 8-14 to 8-20
Sunday is a slow day for blogging, and my headlines from last week were well received, so I may make this a Sunday tradition.  Here are the past week’s headlines which demand further reading: 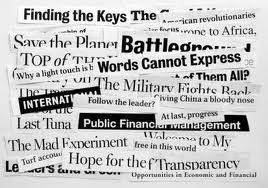 Attempted suicide by Statue of Liberty – The lady in the harbor is now on watch 24/7.
Florida Mother Accused of Beating Son for Using Facebook – He was then grounded for 8 years.  Ohioan, 94, Wakes Up to Find Blimp in Backyard – Senior tweeted WTF! And went back to sleep.
World Trade Center Construction Workers Reportedly Drinking on the Job – How did this hard nose reporter ever track down this story?  Next week’s hard hitting headline – “Some designers on ‘Project Runway’ are gay!”
Protecting your parents: Keep the sharks at bay – And keep the parents at the ocean. North Dakota, NCAA spar over mascot – NCAA deems the University of North Dakota’s mascot, “The Fighting Sioux” offensive to Native Americans.  The university agreed to change the mascot to “The Fighting Sue.” The National Organization of Women intend to challenge the name of the new mascot.


Poor Health Grades Hidden by Some Greenwich Village Restaurants – Would you eat at a restaurant that advertizes, “Our roach numbers and rat droppings were just low enough to give us a passing grade?”
Bachmann says she isn’t running to judge gays – She is just running away from gays.

Bachmann wishes Elvis happy birthday on death date – OK, I’m conservative and really wanted to like her but you’ve got to get the Elvis thing right.  Do you even have advisors to listen to?

Aliens Could Attack Earth to End Global Warming, NASA Frets – All right! You win!  I’ll turn down the heat and drive less!!
Posted by joeh at 8:50 AM