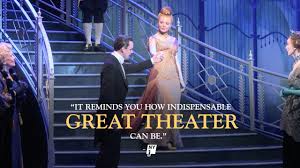 A few weeks back I got a text from fraternity pal, Captain Don.


Getting tickets to My Fair Lady at Lincoln Center March 16 with Joe C and Judy…you in?


Not being a fan of musicals, I responded


Unfortunately, he also copied in Mrs. C who responded,


I’m pretty sure I’d seen My Fair Lady the movie, how could the stage be better than a movie?


Joe C drove.  It was a 2 o’clock show, ended at five.  We had wonderful dinner after at Captain Don’s. (Hmm, that’s a great name for a restaurant!)


I’ll bet some of you are thinking,


“You probably had a good time, it should be a great show.”


Some of you would be right.  I did take a short snooze early on, not because the show was bad, I was just tired.


I prefer movies to stage shows, as they can do so much more with sets and effects.


I did have a special appreciation for this play.  It was interesting how clever the sets were and how they changed seamlessly.  I was impressed with how the actors went through multiple costume changes, and the fact that they could go through their lines flawlessly.


The theater was great, not a bad seat in the house.  So OK, I enjoyed the performance.


That is the difference between the stage and the screen.  On the screen you rate the movie.  On stage you rate the performance.  Comparing the two mediums is like comparing a photo with a painting.  You can do more with a photo, but painting takes a special talent.


Amazing that this story has been around for 60 or more years and I didn’t even know how it turned out.  Let me just say, I was happy Eliza left Henry.


As an aside, due to a recent post, I received in the mail today two boxes of Samoa’s, my favorite cookie that Mrs. C hides under dish towels.  They were sent by Captain Don.  What a thoughtful guy.  I just mention something I love in a post, and he sends me two boxes.


Thanks Captain Don…and, just a thought, I have always wanted a Porsche Boxter. 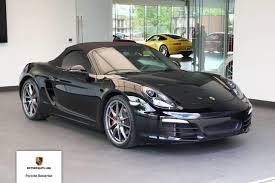