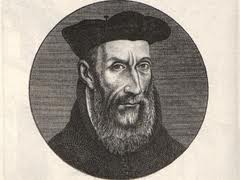 a re-run from February 2012...tongue in cheek, but a few predictions just may come true.

Nostradamus made many predictions.  All were made in symbolic poetic form such that often when an event occurs, scholars can go through his “couplets” and eventually find one that they can twist into being a prediction of a current event.
My predictions are specific, no symbolic crap.  This is what will happen in 2030.  If I am wrong you can visit my nursing home and tell me.


Predictions for the year 2030:
1.  Smoking will be illegal in every city in the United States except Las Vegas, Nevada, and then will only be allowed after sex.
2.  Marijuana will be legal in all 53 states (including new additions Canada, Mexico, and France).  Emperor Barrack Obama will sign a bill legalizing pot stating, “Dude, like why not?”
3.  All American citizens will be fully covered by health care; heart attacks will need to be scheduled two years in advance.
4.  A major Muslim cleric will declare it is OK for women to pee, but only under extreme circumstances.
5. A white man, winner of the 100 meter dash in the 2030 Olympics in Kabul Afghanistan will be stripped of his medal when he is found guilty of Melanin doping.

6.  A picture of Bigfoot taken in Pakistan will be discredited when it is proven to be Osama Bin Laden.  I missed on that one.
7.  Fellatio Therapy will be accepted treatment for anxiety in males and will be 100% covered by government health care.
8.  Ninety-nine percent of all American males will be diagnosed with anxiety problems.
9.  Fox news will hire a brown eyed brunette news women declaring “she may not be fair, but she is balanced.”
10.  Ron Popiel 4th files for bankruptcy when his invention Popiel’s 3D contact lenses are proven to not only cause headaches, but are not really needed to see life in 3D.
11.  A final tally of the 2000 presidential election shows that Al Gore actually carried Florida by 7 votes.  Democrats pass legislation declaring the years 2000-2008 null and void.

That's all I see in my crystal ball, wait here is something else...never mind, it's just HBO.
Posted by joeh at 12:23 AM