SHOULD A MUSLIM BE PRESIDENT

SHOULD A MUSLIM BE PRESIDENT 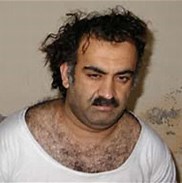 
The following opinion (thoughts?) are from a cranky old man with little expertise on the subject opined, opposing opinions will be tolerated…maybe, but please, no name calling, and that means you, you big stupid head!


Should a Muslim be President of the United States of America? It seems as if this is a very important question today.  It has become a litmus test for Presidential candidates.  I am not sure why as there are currently no Muslims running for President.


I don’t ever recall the question of a Muslim President being raised before.  Why now? Why, when our country has been attacked by Muslims and ISIS is threatening to turn the world into their own Caliphate, when the biggest threat to world peace today is from radical Islam, why are we being asked about a Muslim President?  Because I can guarantee you, that regardless of what the man on the street will say if asked the question, a Muslim has as much chance of winning a Presidential election in this country in the next few years as Gary Busey has of winning “Dancing With The Stars!”


Of course a person should not be restricted from holding the highest office in this country because of his religion.  That would be contrary to the Constitution.  It is ridiculous.  Yet this religion test is not new with Muslims.


In ninth grade (1960) I was taught by my civics teacher that a Catholic could not be President as he would have allegiance to the Pope and the country could be ruled by Papal decree.  I’m pretty sure my civics teacher was incorrect on this subject, and I don’t recall JFK paying much attention to the Pope…he seemed more interested in listening to voters.


As recently as 2008 the question was raised about a Mormon being a suitable person to become President.  I have done some research into why this question was even raised and really came up with nothing other than Mormons come from a close knit group that has a culture of secrecy.  (Hey, that is what I’ve read, it is not what I know or believe.)


Point is Mitt Romney is Mormon and when he was running for the Republican nomination and then for President, questions of his religion were raised by factions which did not want to see him victorious.


This question about various religions was silly and unfair, but at least it was kind of pertinent in that the candidates, JFK in 1960 was Catholic and Romney in 2008 was Mormon.  I do not understand why the question is pertinent regarding a Muslim when there is no Muslim running for president, but since it seems so important here is my position…in case I get drafted by some party to run for the highest office.


If a Muslim (or anyone) swears allegiance to the United States and not a mullah, then he is ok.  If he/she (fat chance for a Muslim she) refuses to stand for our national anthem or recite the Pledge of Allegiance I would probably not support that person.  Not because of his religion, but for his failure to Pledge Allegiance to the country he would be elected to serve.


If a Muslim (or anyone) thought it was OK to cut off a person’s head if he was homosexual, bisexual or transgender, I would not vote for him.


If a Muslim (or anyone) claimed to hate all Jews, and didn’t much care for Christians either, if he supported the destruction of Israel, he would not get my support.


If a Muslim (or anyone) did not favor women receiving an education, or showing any hair or skin, I would have a problem supporting him.


If a Muslim (or anyone) favored Sharia law above our Constitution, I would not vote for him.


That is my litmus test, the above five “If’s.”  It is not a matter of religion, it is the person and his beliefs, the problem is some religious beliefs must be suspended or they are in conflict with the qualifications I would like to see in a President. It is for the voters to decide if these potential conflicts are important or not.


Now I have to ask, should a Buddhist be President? How about a Hindi or a Taoist? Is there a problem with a Pagan?  Can a Satan worshiper be President?


Oh, here is a good one…can a Jew be President?


Why aren’t all the candidates being asked these questions which are so important to the outcome of the next Presidential election?


The preceding opinion (thoughts?) are from a cranky old man, and not necessarily those of management…Mrs. Cranky.
Posted by joeh at 12:25 AM