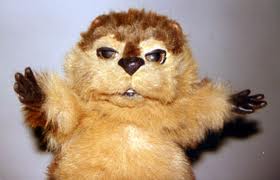 
Almost fifty years ago my parents retired from New Jersey to Eastern Shore, Maryland. They moved to a house on a creek. On the Eastern Shore, a creek is not a“crik,” a creek is a C R E E K! This creek was basically an extension of the Chesapeake Bay. There was boating, crabbing, and fishing all off a dock on their property.


Eastern Shore, Maryland and the Chesapeake Bay was utopia May, June, September and October. The rest of the year was either very cold or stifling hot. In the summer you could not swim in the creek as it swarmed soup like with stinging jellyfish called sea nettles. Still we loved that house and we loved that creek. To my mother, especially after my dad passed away, it was her own piece of heaven.


Mom maintained that property into her late eighties. She gardened, she cleaned, and she supervised several building improvements. She added a deck, enclosed the porch with sliding glass doors, turned the old garage into a large sun room and added a new garage.


The house was only about twenty-five yards from the bank of the creek, and the bank was slowly eroding in towards the house. If nothing was done, the creek bank would eventually threaten the house…in maybe eighty years. Mom was fanatical about making sure that never happened. I’m pretty sure she was not worried about the erosion in her lifetime; I think she just felt it was her responsibility to keep the erosion from taking her precious home.


She negotiated with some Maryland commission to have the bank protected. With the work slightly subsidized by the State the bank was filled in with sand. Reeds were planted in the sand to hold back the tide and rock “rip-rap” jetties were built to reverse erosion and help build up the sand. With this large effort mom became even more vigilant about protecting her land.


The bank was also the home of a family of ground hogs. They bothered no one and were really quite cute. Mom, however, was convinced their burrows and their digging was a danger to her newly shorn up creek bank.


Keep in mind my mom was a tiny women. She was maybe 5’2” and 105 pounds sopping wet. She was sweet and caring. She loved her birds and her water fowl. She loved the rabbits, the squirrels, and the deer. She was excited when we spotted an occasional fox or an otter.


Mom escalated the war. She bought a 22 rifle. This woman hated guns of any kind her whole life. She hated those groundhogs more. The groundhogs had little to fear. After the first missed shot, they knew to avoid this angry old lady whenever she approached. They would run to their burrows and she would fire at will and in vein.


Mom enrolled my brother to shoot the groundhogs. Jim could shoot, in the Navy they taught you how to shoot a gun, but he couldn’t shoot those groundhogs. He did not share mom’s hatred for those rodents. He fired high and he fired wide, but he never took one down.


One year we bought and planted “rodent runners” along the bank. These contraptions emitted a vibration in the ground which was supposed to disturb the interlopers and drive them away. The ground-hogs danced around them like they were May Poles. If they had hands they would have given us the finger.


Mom’s battle with the groundhogs never stopped right up to the day she had to leave her piece of heaven and retreat to an assisted living facility.


She is no longer with us, and I have not been back to that house on the creek. I am betting the groundhogs have not budged.


I really miss my mom, but I am kind of glad she lost the groundhog wars.
Posted by joeh at 9:09 AM