STUPID HEADLINES 090912
It is that time again, time for Cranky’s stupid headlines and my stupider sophomoric and sometimes offensive comments. 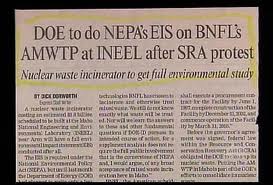 Bride stealing custom all the rage in Bucharest – Damn, I should have gotten married the first two times in Romania.
Two Fruits That Could Kill Cancer – Clay Aiken and Elton John? (Relax gays…it’s just a joke!)
Why does Social Security need 174,000 bullets? – Maybe there are too many people on Social Security, but this is making me nervous.
Massachusetts judge approves taxpayer-funded sex change for inmate – This dude is a MURDERER! As a tax payer I am willing to pay for the removal portion of this operation only!
President Delivers Beer to Va. Firehouse – …“The most powerful man in the world is unable to delegate and delivers beer himself.  President is encouraging drinking on the job by those who are responsible for protecting citizens from fire.”…RNC
“President of the people shows his personal side and contributes his own specially made refreshing beverage to appreciative firefighting heroes.”…DNC
New York high court to decide whether a lap dance is tax-exempt art – I don’t know anything about art, but I know what I like when I see it!
High school basketball coach placed on leave for sex book – Why would a school give a coach time off to read a sex book?
Democrats brag about killing Osama bin Laden – So if you want to kill Bin Laden, then the President is your man…but isn’t he already dead?
New Jersey teacher voted best of 2011 accused of sexual assault involving 15-year-old student – Well we know how the students voted!

Texas man gets 99 years in repeated rape of 11-year-old girl – No…he is going to jail for 99 years BECAUSE he repeatedly raped an 11 year old.

Kerry: ‘Ask Osama bin Laden if he’s better off now’ than 4 years ago – “Dude…I swapped 18 wives for 72 virgins…what do you think?”