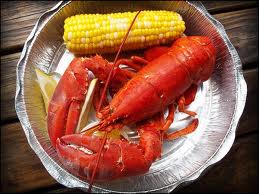 Based on several comments, perhaps yesterday’s post should have been titled
“Things That Men Think Suck”
http://joeh-crankyoldman.blogspot.com/2012/02/things-that-suck.html
A lovely fellow senior citizen, Rosaria of http://sixtyfivewhatnow.blogspot.com/  commented on my post “Things That Suck” wanting to know what things I do like.
A broad from http://www.abroadwithaview.com/  also wanted to know what I do like.
Since both of these bloggers seem like such a nice ladies I am submitting the following:
THINGS THAT DON’T SUCK
Beautiful homes with a view of the Oregon coast – No explanation needed.
Fried Chicken, lobster, mack-and-cheese, steak, and lima beans….that’s right, lima beans!!  Post your own list.
Sex – Well sometimes sex does…never mind, sex is good.
New car smell – Especially if it is your new car.
Pro football – Especially when the Giants beat New England in the Super Bowl.
Steven King – How does he write faster than I can read?
The smell of fresh mowed grass – Ah Choo!
Television – The greatest invention ever!
Grandchildren – Sometimes they bite but they don’t suck.  Grandchildren are like children on cruise control.
A long hot shower after 2 hours working out at the gym – So I have been told.
Posted by joeh at 2:29 PM