A Bit of Nostalgia

A Bit of Nostalgia 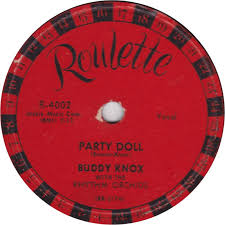 A mister James Sullivan, of once prolific blogging fame “Suldog”


http://jimsuldog.blogspot.com/, recently posted on Facebook something that kicked on my nostalgia button.  You know, that part of your brain that out of nowhere flashes weird memories…some good, some bad, some just memories.


He asked about the first recordings anyone had purchased.


That world was opened up by 45 records.  Rock and roll records and rock and roll dancing…with girls!  We did something called the Lindy.  I have no idea why it was called that.  I have no idea how we learned.  Left foot, right foot, one foot back, then front again.  There were spins and double spins and an arms over arms slide.  Hell, I never could dance worth a lick, but I didn’t care.


Then they played slow music.


Ah, the slow dance quickly morphed into lights out in the basement and pairing off with your best girl.  We tangled tongues and there may have been some over the blouse touching.   Lights usually went on after parents did not hear the Lindy going on for a bit.


Anyway, Suldog was asking if we could remember the first records bought, not our first make-out parties, sorry, I have no control of how the memories kick in.


So, the first record I ever purchased was either “Party Doll” by Buddy Knox, or “I’m singing the blues” by Guy Mitchell.  I don’t remember the flip side of either, but I do still remember both recordings.


The records were purchased at a small local record store.  I’m pretty sure all they sold were records, and maybe the portable 45 record players that every 13-year-old in 1959 owned. 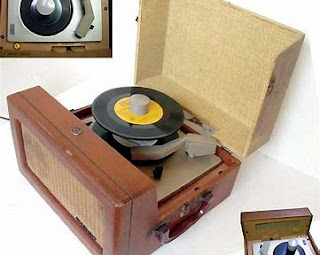 I remember you could play the record in a small booth before making the purchase, pretty sure each record sold for under fifty cents.


We played a lot of records in those booths before making a purchase that serious.


So that’s it with the way-back memory machine.  Good times, scary times for brains that were just starting to experience totally new feelings.  Times where we just followed our hormones and there was no road map.


Dang we were naïve.  We had no early school classes on what we were going through.  Movies were pure, internet was about 40 years away, and most of our information came from older kids who made a lot of stuff up.


We were way more innocent then kids are today.


I think we were lucky.