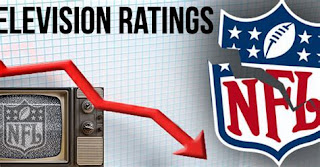 It is Sunday night, and I am in bed watching the reconstruction of the actual house in the old “The Brady Bunch” TV show, to look inside exactly like the studio set where the iconic show was filmed.


About half way through I had to ask Mrs. C,


“Why am I watching this show?”


“What stupid reality show do you want to watch, the one about unexpected pregnancies, or the doctor that pops huge disgusting pimples?”


“There is no football, it’s Sunday night!”


Thing is, much as I am not interested in rebuilding “The Brady Bunch” home, I am also OK without watching football.


Back in the day, in the fifties and early sixties, football on TV was a big deal.  There was one college “Game of the Week” on Saturday afternoon, and a Professional game on Sunday.


If your favorite local team was playing at home, that game was blacked out and you had to listen to it on radio.  They may have had another game to replace the blackout game…I don’t remember.


When the Giants played Philly at home, it was a big deal in our house, because Dad could climb on the roof and aim the antennae toward Philly (our Jersey home was about 20 miles from NYC and 50 miles from Philly) and we could get a snowy reception of the game.  It felt like we were cheating somehow.


Some fans would drive out of blackout range and rent a motel room to watch the game.


Sometime in the sixties the blackout rule was waived and we got all the local games, plus an extra game from out of town.  Then the AFC came along and there were two AFL games.  Holy cow, four games on Sunday, it was amazing.


With cable TV and a zillion cable stations there are now so many college games on TV Saturdays that it is impossible to see even half of them.  They start around 12:00 and the final game starts around 8:00 PM.


Then TV decided to add a Pro game on Monday Night.  That game was, for a while, a really big deal.  There were MNF parties every week, almost like Super Bowl Parties today.  Guess what?  Sunday nights were open…not for long.  Now there is Sunday Night Football.


Colleges wanted in on the TV loot so there are now games on Thursday and Friday nights.  Not to be outdone, The Pros now have a TV game on Thursday night.


So currently there is football on TV all day Saturday (early Saturday often has a High School game), all day Sunday, Monday night, and Thursday and Friday nights.


Tuesdays and Wednesdays are generally football free; except during December Bowl season.


So as difficult as it is for me to believe, I am watching the rebuild of an old iconic, but lame TV show, and I do not even know what teams are playing on Sunday Night Football!  And this stupid “Brady Bunch” show I am watching is “On Demand” which means I could watch it ANY TIME!


Football on TV, any football game, used to be a big deal.


If I am choosing to watch a Brady Bunch Home rebuild instead of football, I think that is a pretty good indictor that we have reached the TV football saturation point.
Or maybe I need to turn in my Man Card.