I Don’t Play Well with Others

I Don’t Play Well with Others 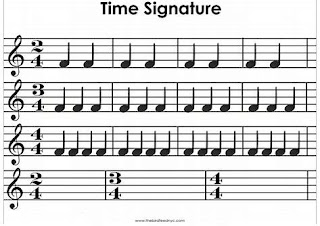 My friend, Frog, the bagpiper, has taken up guitar.  Actually, it is a bastardized guitar.  As a former banjo player, Frog removes two strings and tunes the remaining like the banjo.  If this seems strange, we have a rule, that is there are no rules in music.  If it sounds good and you are comfortable with it, then it is legit.


Now we have decided to try and play together.  Once every two weeks we have been joining forces.


This has not been easy.


Frog finds sheet music, and follows the timing; he rests where there are rests, and strums along with the quarter, half or whole notes that are on the sheet music.  He actually counts!


I download the chords and the lyrics.  I listen to a YouTube version for the beat and the pauses, and strum however feels right while picking out the bass notes in the melody if I can.


When Frog tells me the song is in 4:4 or 6:8, I have no idea what he is talking about.  He starts counting and it drives me nuts.


I can not count, strum, and vocalize.  It is like spinning a pie plate while walking the dog with a yoyo.  I can’t do it.


“I can’t do that count thing!  Just listen to Johnny Cash, he drags out the words in that measure, and as long as I strum down on the chord change it works for me.”


If that is not bad enough, I’ve been playing longer than Frog, so of course I play too fast.  I have it in my mind that fast is good.


“The song is played slow…and you should use a pick!”


“The best players use a pick.”


“There are no rules remember.”


“OK, but you need to listen to the YouTube version to get the rhythm, I don’t do that count thing.”


“How about I just watch your left hand, when you change chords, I’ll follow.”


Were having fun when not fighting; but apparently, I don’t play well with others.
Posted by joeh at 8:06 PM