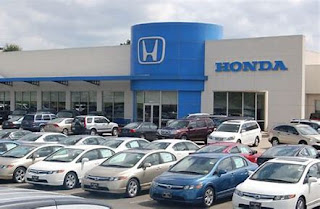 I took my ’18 Honda HRV (Harvey) to the dealer for service.  The car is over a year old and this is only the second time I have taken it in for service.


Me interrupting, and lying, “Look, I’m going to be away for a while, and want service now as it may be too late if I wait longer.”


Imagine having to lie to have a dealer let you bring in a car for service.


I waited over two and a half hours.  Getting antsy, I went in to the service area to see what the hold up was, or if they just forgot me.


The lady who took my keys and told me it should be an hour or an hour and a half was with a customer who was wearing a blue shirt.  The customer was going on and on about some complaint.


I could see my keys and a service receipt on her desk, just waiting for me to pay and go.


The dude in the blue shirt then had a manager come over to try and resolve his problem, but they did not move from the desk which held my hope for escape.  I was unable to get anyone’s attention.


After about 15 minutes, (which is 2 ½ hours, in waiting for your car when you can see the keys and service receipt, time), blue shirt finally left with the manager.


Honda Lady “I am so sorry, that man would not give up, your car is done, here are the keys, just take the receipt and pay the teller.”


I went to the teller to pay and was once again behind Mr. Blue-Friggin Shirt!  He was still arguing about something.  He was not happy.  I was less happy.


I hate the man in the blue-friggin shirt.


Ten minutes later, (1 hour and 45 minutes, in waiting to pay for your car’s service and get the heck out of town, time), and someone finally spotted me and led me to a pay teller not blocked by the blue shirt dude.


I finally paid and left to get my car and go home.  The exit was blocked by blue shirt guy.  I plowed through him without an excuse me.  He acted upset.  I did not give a crap.


The lot at the dealer is huge and spread out all around the dealership.  Spotting a gun-metal gray Honda in the lot of a Honda dealer is not easy.  I was getting a bit peeved!


I went back in and asked if someone could give me a hint where my car was parked.  I was told to press the emergency button on my key fob and go to the honking car.


I’m waiting at least 8000 miles before bringing the car in for service again.