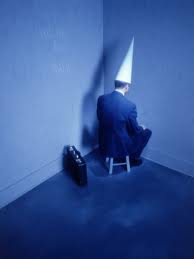 
Sometimes I think they screw up the tenses on purpose; I believe they are proud of their stupidity.
“Things of that nature” - This is a beauty.  “We were buying groceries and things of that nature.”  What this idiot is really doing is trying to dress up that neon sign of stupidity “and shit.” The proper use of the tense “were” instead of “was” helped to disguise this person’s stupidity; “things of that nature” gives him away.
YO is not a word.  Stupid people think “Yo” means excuse me, and saying it makes interrupting perfectly alright.  Yo yo yo equals triple stupid!
Basically, stupid people love to say basically.  People that preface everything with “basically” light up the stupid meter.  “Basically we had went to the store.”
Can you say “Like” enough?  “I was like “what?” And he was like all “oh yeah,” so I was like“that’s right” and he was like “I don’t think so” then I was like……
“You know” just accentuates stupid: “I was you know like “what?” And he was like all “oh yeah,” you know so I was like “that’s right” you know and he was like you know “I don’t think so” then I was you know like……
Stupid people revel in not using the possessive.  “I was gone to my mom house.”  “They piled into he car.”  “All three went back to they home.”
Using inappropriate words to try and sound intelligent: We were conversating and he accusatorily intimated that my veracity was deficienativly unarticulated.
Putting it all together, “We were talking and he called me a liar.”
Becomes (in stupid) “Yo yo yo, like basically we had be conversating and things of that nature at they house, you know, and he like basically accusatorily intimated that my, you know, veracity was like deficienativly unarticulated.
Aiight?
Posted by joeh at 11:54 PM