Stupid Headlines 103016
It is time again for 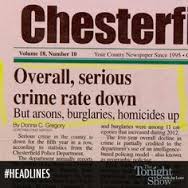 Wow, what are the serious crimes?
Stupid Headline Sunday
This week’s stupid headlines and my stupider, sometimes sophomoric comments.
________________________
Former pastor allegedly tried to choke baby in Wal-Mart – This happens at Wal-Mart all the time what makes it news is the guy was a “Former Pastor!”
Police smash windows of hot car to rescue child, find wig instead – The wig was sent to ER and was released the same day.  The wig is currently reported to be recovering and stable.
Dead or Alive singer, dies at 57 – No comment.
Tiger Woods Doesn't Regret Cheating On His Ex-Wife Elin Nordegren – He is a bit pissed off that he got caught.
Couple ties knot in the nude after bride survives rare flesh-eating bacteria – I’m not sure what any of this has to do with getting married in the nude.
WARNING, DO NOT ENLARGE UNLESS YOU HAVE EYE BLEACH HANDY 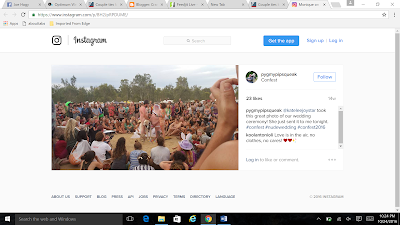 Giant inflatable Christmas tree faces protests because it looks like a sex toy – Who are these perverts that can see a sex toy out of an inflatable tree? (I just checked it out, it is a little butt-pluggish…whatever that is.)

NY Times reports on 7-year-old's scary dream about Trump – I was sure this was a gag, but sadly it is true.  Now I am voting for Hillary so a 7-year-old won’t have scary dreams.  I wonder are the dreams Trump’s fault, or perhaps the result of overzealous wack-a-doodle parents talking politics in front of and scaring the crap out of their child?

Strangers fall in love after organ donation – Is that what they’re calling it these days?
Clinton's State Department spent $5.4 million on 'crystal stemware' – Hmmm…isn’t Crystal Stemware a porn star?
Man sought for stealing Torah scrolls valued at $200K from synagogue – Maybe 200K to the synagogue, but I think he is going to have a pretty tough time fencing these or putting them on EBay.
California regulates cow farts – I predict a shortage of Beano.
AND THE FEEL-GOOD HEADLINE OF THE WEEK:
NYC firefighter stages dramatic rescue in fatal blaze - As roaring flames consumed an apartment building in New York City early Thursday, a firefighter dangling from a rope plucked a trapped person from a window on the fifth floor and safely lowered him to the ground.  The rope that colleagues had used to drop him from the roof burned through just 15 seconds after he touched the earth.
______________________________
Come back next week for more
STUPID HEADLINES
(and maybe a nice one or two)
Posted by joeh at 11:22 PM